Menu
Those expecting President Mohammadu Buhari to make ministerial appointments now may be highly disappointed as this may not happen now even if it does not take long time. Buhari has understandably drawn his scale of preference and top amongst his priorities are stamping out insecurity and corruption in the country.

The decision of the president was the outcome of an exclusive chat with his Senior Special Assistant on Media and Publicity, Mallam Garba Shehu yesterday. According to Shehu, the appointments would be made but they have to tarry until the process of evolving a corruption free society has gathered momentum.

While stating that security is uppermost in the mind of president Buhari, Shehu emphasized that Buhari was being careful in his selection so that he would have political appointees who were never implicated in corrupt practices in the past. He did not want the drive for a corruption free system to rub off negatively on anyone who would be announced as ministers in the future.

According to him, should any minister after appointment be found to be corrupt or alleged to have stolen public funds in the course of his job, the president would not hesitate to fire such a person. He would also regret that he ever appointed such a person. Shehu appealed to Nigerians to be patient with the present administration, assuring that Buhari would make the necessary appointments in due course.

“It is about security. That is his number one campaign agenda and he is living up to it. He has concentrated all his energy trying to put together a credible response to Boko Haram terrorists. And this has taken him to the neighboring countries. He has met Defence Chief, the Service Chiefs almost every week. He has also taken this to G7, also to the African Union. He has been trying to form a massive alliance, a massive response to the Boko Haram terrorists.

“Besides that, he is also restrategizing also for the economic revival of the country and the coming of foreign investment, again using the platform provided by the G7 and the United States of America. And then, you can see that he has started making moves about the recovery of the stolen billions of dollars by some Nigerians that are recoverable.  So, he is actually working without making so much noise on the fulfilment of his election promises.

“Nigerians have a choice to make. What do they want as their priority? Is it appointment, security or even better economy or do they want a corruption free environment? That is the thing. For the president, appointment is not the key issue for him now. That is very clear from his action. The most important thing is to get the job done. And he is working.

“As he has said himself, he wants to scrutinized and make the right kind of appointment. He doesn’t want to appoint one today and make changes tomorrow. Given this war for the recovery of stolen funds, that will have implication for the people who are going to be appointed. If he appoints you today and may be in the drive, you are implicated, he will fire you”, Garba Shehu said. 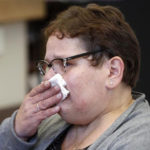