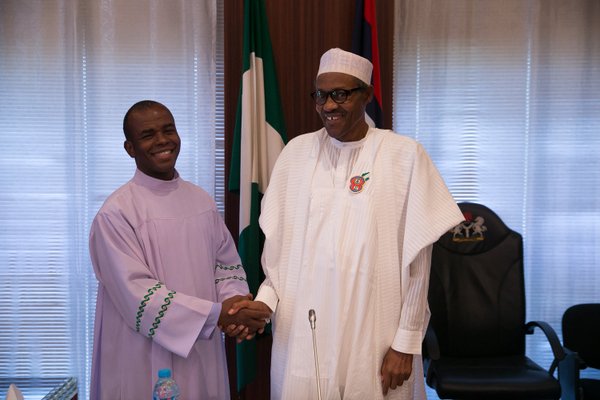 He said many people are plotting to kill the President because of his campaign against corruption. ….And these visions came just a few days after he visited President Buhari in Aso Rock. Smh.

“I am not a sycophant, but I want to tell you that so far God is happy and he who God has blessed none can curse.

“Many people are planning to kill Buhari – there are many plans on how to eliminate his life so that corruption will continue, so that embezzlement will continue.

“But I speak to Buhari that God who put you there will protect you; be firm, remain resolute, don’t be intimidated.”

More deets when you continue…….

He described Buhari as the answer to the prayers of Nigerians.

“President Buhari, God and his people are behind you, you are the answer to the prayer of His people.

“Nigeria, as we speak now, economically, security wise is in the intensive care unit. If the oxygen is removed, Nigeria will die.

“People of God prayed, from here and there and God gave us Buhari. God has told us that Buhari is prayer answered.

“President Buhari is an answered prayer; whether you hate him or like him, Buhari is prayer answered.

“The Bishops of Nigeria, the Catholic bishops prayed against bribery and corruption and this President came with a charter that has to do with war against corruption,” he said.

The cleric had attacked the former president in a sermon entitled ‘From good luck to bad luck’, just before the presidential election.

He accused the former president of leaving behind the ‘carcass’ of Nigeria for Buhari.

“My beloved Nigerians, those who led us from last year downwards, they have killed this country.

“None of them is qualified to stay in this country by now, both the President, the senators, the representatives, the chairmen of local governments, the governors, they are wicked.

“It doesn’t matter the man of God they worship with, I tell you, before God and man, all of them are wicked.

“They hate this country, they succeeded in removing the liver, kidney and cardio vascular system of this country and handed over to President Buhari, shambles, skeletal organs of this country; a nation that is in comatose.”

Father Mbaka needs to tell us how much he collected from President Buhari and APC to predict this rubbish. when did he become a seer. This is why so called men of God shouldn’t dabble into politics. 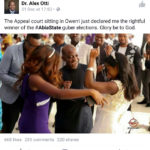 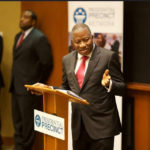