Menu
A 15-year-old marriage between Ese Obasare and his wife, Okome Obasare was dissolved by an Igando Customary Court in Lagos State today after the wife told a stunned court that her husband has not slept with her for the past 3 years. 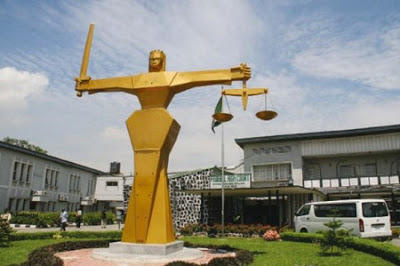 The marriage was dissolved over constant battery and sexual starvation.

According to the News Agency of Nigeria, the court president, Mr Adegboyega Omilola, in his judgment, held that the court’s decision to dissolve the marriage between the couple was for their good.

“This is the best decision since it appears that the estranged couple was tired of the marriage and all efforts to reconcile them have failed.

“Since both parties consented to the dissolution of their marriage, this court has no choice than to dissolve the marriage.

“Both parties are no longer husband and wife, they are free to go their separate ways without any hindrance or molestation,” Omilola ruled.

Earlier, the 41-year-old petitioner, Okome, had sought the dissolution of her 15-year-old marriage over constant beatings by her husband.

“I had lost two pregnancies through constant beatings from my husband, after which, he would give me money for Dilation and Curettage (D and C).

“He stopped me from working but locked me inside the house so as not to go out.

“He was fond of beating me anytime he saw me outside or a visitor came to visit me,” she said.

She alleged that her husband starved her s*xually for three years when he barred her from entering his room. The mother of three also accused her husband of infidelity.

She alleged that her husband was dating their church- woman leader whom he always brought to their matrimonial home to pass the night.

“The woman packed-in into our matrimonial home as soon as he chased me out in 2013.

“After evicting me from the house, he told my children that I was dead, and that they would never see me again,” she said.

She pleaded with the court to grant her application for the dissolution of the marriage, saying she was no longer interested.

The petitioner,however, prayed the court to order her husband to always grant her access to their children.

But the 59-year-old husband, Ese, denied all the allegations leveled against him by his wife.

“My wife did not lose any pregnancy; she was always giving birth to a baby anytime she was pregnant.”

Ese said that his wife always flouted his orders and that he could not take that as head of the family.

“My wife was fond of disobeying my orders, she was disrespectful, she was going out at will and coming back at will,” he said.

The respondent said that he did not chase his wife out of his house but that she left on her own.

Ese consented to his wife’s request for the divorce saying that he too was no longer interested in the union. 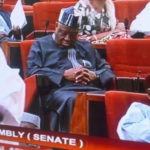 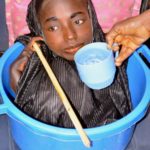