Menu
A man shocked people in court as he begged a court judge to compel his wife to have a quickie with him in court.

B-Metro reports that Madzibaba Joshua Musanhu and his wife Kundai Musanhu have not had s*x for the past four years, as a result of that, the wife dragged the husband to court. Kundai Musanhu narrated the situation to presiding magistrate Sheunesu Matova at the Bulawayo civil court, Zimbabwe. Kundai said her husband was abusive and violent towards her and their children.

But in response to the domestic abuse allegation, Madzibaba Joshua said the issue was really about s*x and religion.

“Ever since she went to South Africa and started working in a restaurant her behaviour changed completely. She has since abandoned our church doctrine as a member of an Apostolic sect as she is now wearing trousers and plaiting her hair, something which is against our church doctrine.

“From that time she started working in South Africa we never had s*x, something which is now the source of our marital disputes.

“Your Worship how am I going to survive as a married man without having s*x? I do not have any girlfriend since cheating is not allowed in our church. Just imagine she is going back to South Africa today (Friday) soon after the court session without even having s*x with me.

“Surely, I will be very happy if you (magistrate) just compel her to quickly have s*x with me before she leaves so as to end my prolonged starvation,” said Madzibaba Joshua.


Asked by the presiding magistrate Sheunesu Matova to respond to her husband’s request Madzimai Kundai said:

“He should blame himself since he was the first one to starve me. I once travelled all the way from South Africa in order to have a nice time with him and to my anger he refused to sleep with me saying he was going for a Passover.

“I later approached my aunt who advised me to seduce him by sleeping naked but it didn’t work again as he was constantly ignoring my s*x requests.

“He was also sleeping with his clothes on. Another boring issue was that whenever we had s*x he would not caress me; he was just putting it without even arousing my feelings”.

In his ruling the magistrate ordered Joshua not to verbally and physically abuse his wife who also indicated that she was no longer interested in him. 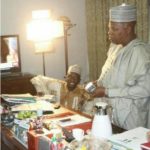 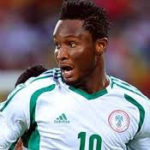