Menu
A movie producer has narrated how some corrupt policemen followed him to an Automated Teller Machine (ATM) to collect a N10,000 bribe.

Speaking in an exclusive interview with Sahara Reporters, television and film producer, Benjamin Ogunbodede,  narrated how some police officers in Lagos followed him to the ATM machine to collect a N10,000 bribe on July 16th.

According to Benjamin, he was on his way home last Friday, July 15th when he picked up a lady who was going his way. As he approached his destination, he drove into a checkpoint mounted by some mobile police officers and was puled over, and asked to hand over his drivers license which he gave to them.

They also asked for him to open his boot which he did. Seeing that he had nothing incriminating on him, the next question was his connection with the lady in his car. He said she was just someone he offered a lift. The officers then accused him of kidnapping and human trafficking. “I told them I was just giving her a lift since I was going in the same direction,” he said

Not impressed with his explanation, the police officers ordered him to get into his car and drive to the Ajuwon Police Station, while the woman was asked to get into their patrol van.

His plea that he should be allowed to call a family member fell on deaf ears as they seized his phone and other belongings. At the station, a police officer searched through his laptop and phone and found nothing incriminating. In their investigation, they found out his car had a different plate number

“I explained that the former owner wanted to have his number plate back since it was registered in his name, so I had to make a change of ownership, got a police report and a new number plate. That also did not impress them,” he said

The police officers afterwards accused him of adultery, alleging that the lady whom he gave a lift said she was a s*x worker and he was taking her to his place and will be paid N8,000 for her services.

Ogunbodede said he challenged them to bring the lady to him to repeat the allegation in his presence. He told them he is unmarried and could not have committed adultery. The police officers then told him to forget all his explanations and just “settle them” or he will be locked up.

“Guy, leave story and settle us or you will be here longer than you can ever imagine,” Ogunbodede quoted them as saying.

They forced him to write a statement. He asked what the settlement they desired was and they responded N50,000. He slept in their cell and in the morning of Saturday, July 16th, he told them he could only pay N10,000. The excited police officers then delegated one of them to follow him to the bank where he withdrew N10,000 from an ATM at Ajuwon/Akute- Alagbole in Lagos.

“That done, I filled their bail form, and all my properties were released to me. The officers on duty made sure I didn’t get the Divisional Police Officer’s contact details posted on the walls of the station,” he said. 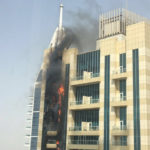 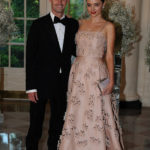