Menu
Two teenage sisters have revealed in chilling details, how their biological father, repeatedly raped them without using condoms. 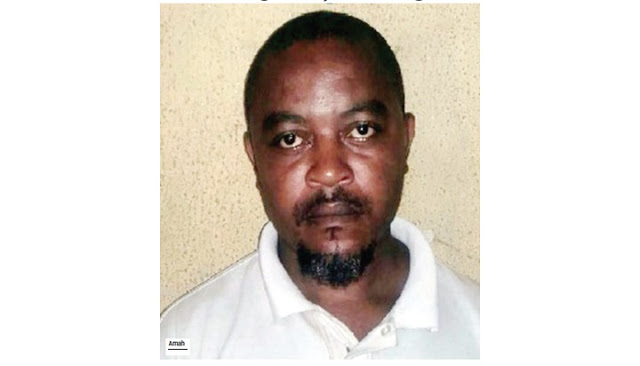 According to the girls, Enobong, 16 and Imaobong, 13, not real names , their father, a mechanic and driver, from Mkpat Enin Local Government Area of Akwa Ibom State, turned them into sex objects and always raped them without using condoms.

The accused man , Mr . Okon Jimmy Amah 40, father of four, allegedly had sexual intercourse with both girls at different times , especially at midnight in their home. Amah confessed to have had sex with both of his daughters. He however added that he was only attempting to check if the girls were still virgins. According to him, he continued to have sex with them, because his second wife, who lives with him, used to deny him sex.

Enobong is a Junior Secondary School (JSS3 ) student , Uyo , Akwa Ibom State. Enobong also sells recharge cards at the State Secretariat Complex, Uyo. Enobong was living with her mother in Benin, Edo State, until April 9, 2015, when she decided to visit her father in Uyo . It was after she got there , that her father turned her into his lover. She said:

“My father started soliciting sex from me. In fact, that April , my father forcefully had sexual intercourse with me in our small room.

He had sex with me in the middle of the night. He has had sex with me several times. I have lost count of the number of times he had sex with me. What is making this issue explodes now , is that one day, after I returned from selling recharge cards , my father got angry that I got home late. I tried to explain to him that I had to balance my account.

He however refused to accept my explanation. He started flogging me with a fan belt. ” Enobong said her father used a motor fan belt to flog her.

The girl said that her father beating her, was nothing new, but the beating of that particular day, was too severe. The beating left a lot of bruises on Enobong’s body. It was so obvious that one of her customers, who noticed the bruises the following day, asked her what happened.

Apparently sick and tired of the life she had been subjected to, hungry for a person to share her pains, Enobong poured out her heart to the customer. The shocked customer happened to be a lawyer.

He took the matter to the Ministry of Women Affairs and Social Welfare, Akwa Ibom State. Enobong was invited to share her horrifying experience . She also revealed that she had once told her stepmother, that her father used to have sex with her and her younger sister, Imaobong.

Recollecting her own experience , Imaobong said she was 11 year old when her father started having sex with her. She said:

“My father returned home one day and called me to a quiet place. He asked me whether I had ever had sex with a man before. I said no. He said he would be the first man to have sex with me. I was shocked . I wanted to say something, but he shouted at me to shut up.

“When it was midnight, my father raped me. I cried and felt ashamed . He raped me , not once , not twice . He raped me several times . One day , my mother heard me crying, she came to me. I told her the little I could. My mum was angry. But my father didn ’t stop having sex with me.

My mum knows about it. ”

Amah is married to two wives. One lives with him , while the other does business in Benin, Edo State. Amah , who is in police custody , didn ’t deny the allegations. He however denied having sex with his daughters several times . According to him , he did it, “only once. ”He said:

“Yes, I slept with my daughters in the bedroom room, while my wife was sleeping in the sitting room. My wife was ill with malaria. She had been ill for a week . Sometimes , my wife used to deny me sex. That was why I solicited sex from my daughters. ”

According to him , aside from his wife sexually starving him, he suspected that his daughter, Imaobong, wasn’t a virgin. He needed to confirm.

“ I suspected that Imaobong has had sex with a man. But when I inserted my manhood into her vagina, I discovered that she had never had sex. At that point, I immediately removed my manhood from her vagina. ”

As if carrying out the ‘manhood test’ on Imaobong wasn’t enough, Amah, also decided to verify Enobong’s virginity. He said:

“In the case of Enobong, I also intended to find out if she has had sexual intercourse with any man.

When I inserted my manhood into her vagina, I discovered that no man has had sex with her. I immediately removed my manhood. ”

Amah further admitted to using motor fan belt to beat Enobong, after having sex with her. He said:

“It’ s true I flogged my daughter with a car fan belt, after which I dumped it in my pit toilet. ”

The Ministry of Women Affairs and Social Welfare invited the police. The girls’ father was arrested and charged to court.

He was arraigned on three – count charge of incest, carnal knowledge and assault, contrary to Section 242 and 364 of the Criminal Code, Laws of Akwa Ibom State. When the matter, with suit number HU/65 C/2016, came up before Justice Okon Okon of the State High Court in Uyo, on July 14, 2016, there was no witness to testify against the accused person.

The Defence Counsel, Barrister Harrison Ernest, raised an objection. He argued that the matter should be struck out, for lack of diligent prosecution, since there was no witness in the case.

The court ruled that by the next adjourned date, if the Prosecution Counsel, Barrister Mary Icoba, couldn’t produce witnesses, the court would have no option, than to strike out the case against the accused person. 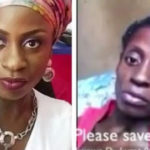 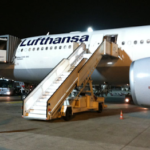