Search
Menu
Search
The Peoples Democratic Party in Ekiti State has accused the state’s All Progressives Congress of ignorance and mischief over its comment on the purported visit of the Wife of the President, Mrs. Aisha Buhari, to the United States of America.

The party noted that even the Presidency had not told anyone that the wife of the President travelled to the USA.

The APC had in a statement on Sunday said the eventual travelling of Mrs. Buhari to the United States had exposed Governor Ayodele Fayose as a “shameless liar.”

However, in a statement issued on Monday by its state Publicity Secretary, Mr. Jackson Adebayo, the PDP, which said it would have ignored the APC and allowed those in the party to continue to wallow in their self-deceit, wondered why no television station reported her departure and arrival.

“The question is, did she travel to USA or Qatar? If the Presidency has not been bold enough to tell Nigerians that Mrs. Aisha Buhari travelled to the USA on official visit, only a party of scammers like the APC will go on the rooftops to celebrate photoshoped pictures as evidence of visit to USA.

Below IS THE ARRIVAL HALL OF DOHA INTERNATIONAL AIRPORT IN THE CAPITAL CITY OF QATAR. 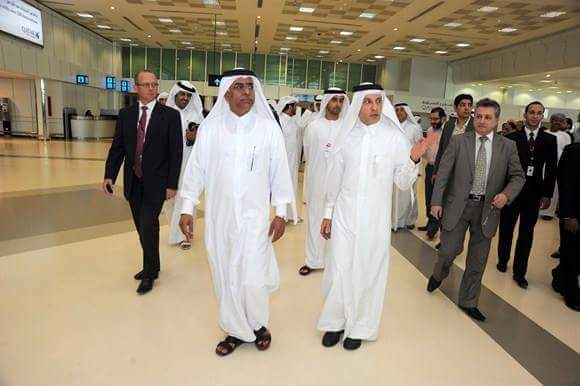 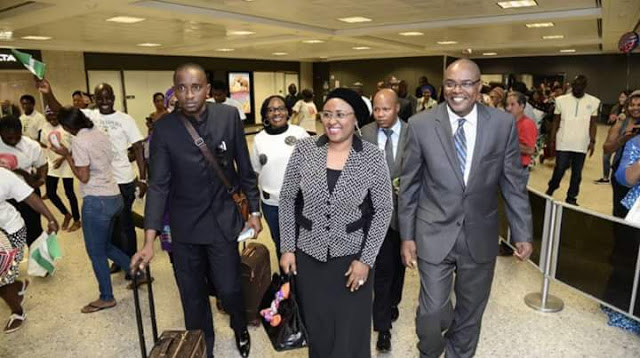 While casting doubt at the trip, the PDP said Mrs. Buhari purported trip to the US did not erase the fact that her name was mentioned in the judgment delivered by the US District Court, Eastern District of Virginia, Alexandria Division, USA, in criminal No 1: 07CR209, that indicted the USA Congressman, Williams Jefferson.
The statement added,

“Most importantly, Nigerians have witnessed more heinous forgeries from the APC, one of them being pictorial claim that President Buhari (as the APC presidential candidate then) had an interview with Kemi Fadojutimi on ‘All Eyes on Africa’ TV show in London, whereas the interview was held in Transcorp Hilton Hotel, Abuja.

“However, it is important to point out that from all evidences, the pictures circulated as arrival of President Buhari’s wife at Dulles International Airport, Washington DC could have been taken at the Doha International Airport, Qatar. Even on the official website of George Mason University and US Institute of Peace, USA where the President’s wife was said to have attended events, there is nothing to show that she attended any event in the two institutions.

“We have seen pictures of Wife of the Senate President, Toyin Saraki with President Barrack Obama’s wife, Michelle. We also saw pictures of Mrs. Patience Jonathan with Michelle Obama when she visited the USA. Where are Aisha Buhari’s pictures with the First Lady of USA and major government officials from the country? Or could she have arrived and departed from the USA like a spirit?

A quick search for Dulls airport arrival hall which show you otherwise. Also both the Georgetown University and the United States Institute for Peace all have offices in DOHA, the Capital city of Qatar.Qatar.

2. The VOA does not have the transcript of the alleged interview with Aisha on their website. In fact, no single result was returned for the search ‘Aisha Buhari’ on their search page.

3. The Past Events page of the website of US institute of peace does not record any event with Aisha.

4. For the first time under Obama’s administration, Michelle fails to host a visiting first lady. Meaning the wife of the President didn’t visit. 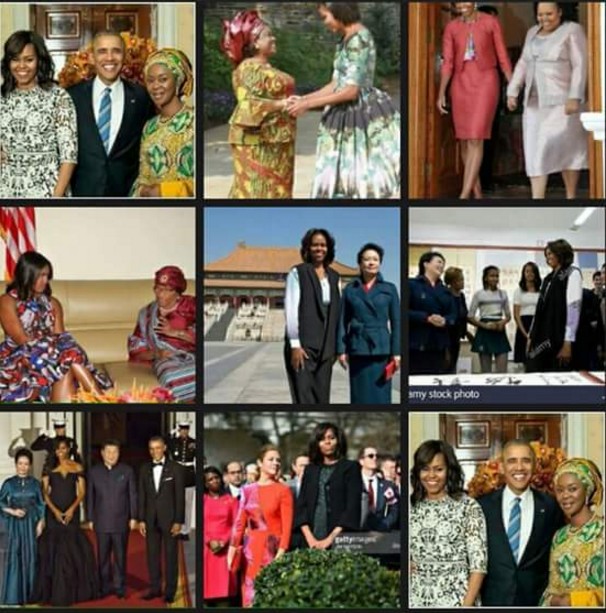 (5). George Mason University website and Facebook page does not have any mention of Aisha Buhari at all

Even ordinary wife of the Senate president went to America and took a selfie with Michelle and President Obama and the wife of  our president could not do so. Hmmm! O di egwu!

How come none of Nigerian Diplomats in America welcomed Aisha Buhari and how come news about her arrival didn’t make it to any official websites in US? 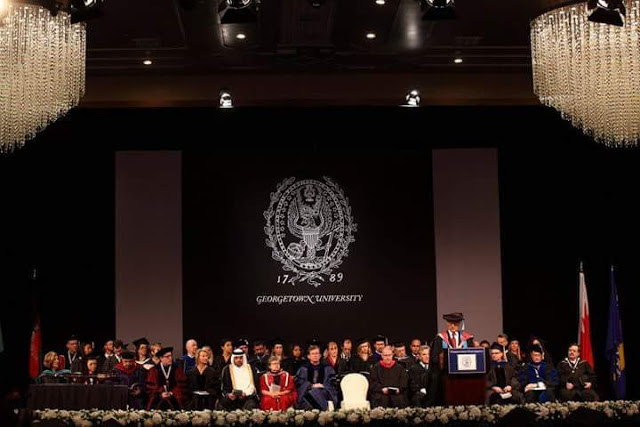 Meanwhile US Institue of peace  shared this on ther verified twitter handle. 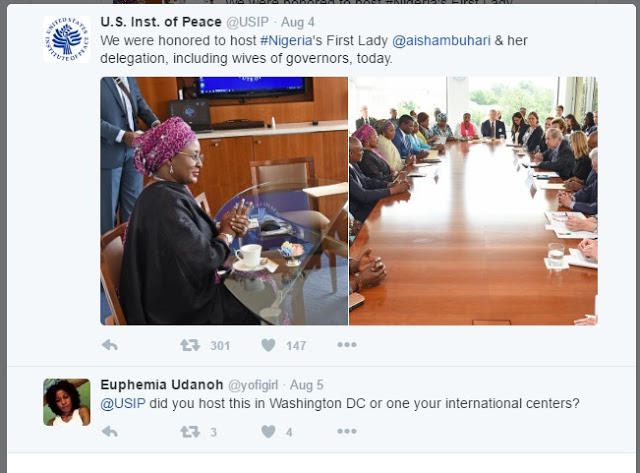 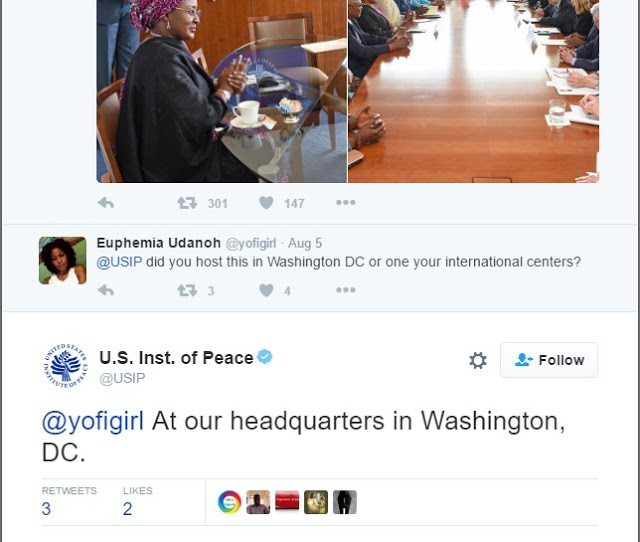 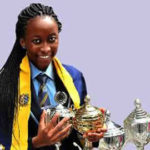