Connect with us
Former Nigerian Minister of Finance, Mrs Ngozi Okonjo-Iweala has been given a top appointment with the Asian Infrastructure Investment Bank. 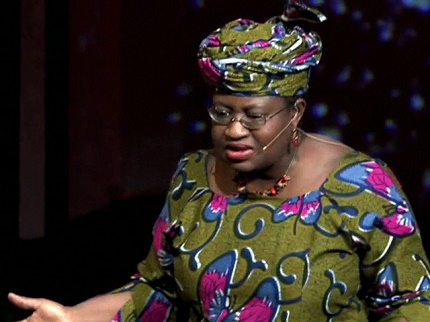 Mrs Okonjo-Iweala, has been appointed a member of the international advisory panel of Asian Infrastructure Investment Bank (AIIB).

Mr Song Liyan, AIIB Senior Communication Officer, in a statement made available to newsmen on Friday, announced that Okonjo-Iweala would join 10 other key persons on the panel.

“The Panel provides impartial, objective and independent advice to the President, allowing the Bank to benefit from the international experience and expertise of panel members,” Liyan said.

He quoted AIIB President, Jin Liqun, as saying that the panel members would advise the bank on the development of its strategy.

“It is a great honour to convene such an experienced and diverse group of international leaders to advise on the development of the Bank’s strategy.

“I have no doubt that the advice the panel provides will help shape the development of the Bank in the years ahead.

“I could not ask for a better group of ambassadors to help promote our new Bank to the world,” Jin said.

Five Nigerians Arrested Over Murder of African Student In Malaysia