Search
Menu
Search
cockring
A man who was using a ring to sexually satisfy himself landed in trouble after the ring got stuck on his p*nis. 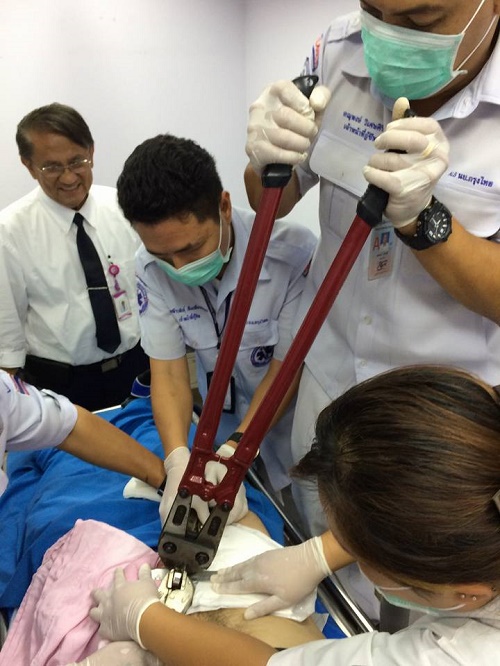 Doctors used bolt cutters, hacksaw and clippers to remove the Cock-ring  which he was using to pleasure himself.

Doctors in Bangkok battled for several hours to cut open the ring.

The man was saved after emergency services had to be called in to take him to the nearest hospital in the area. Horrifying images show the 2ft long boltcutters and a hacksaw used to cut off the small ring. 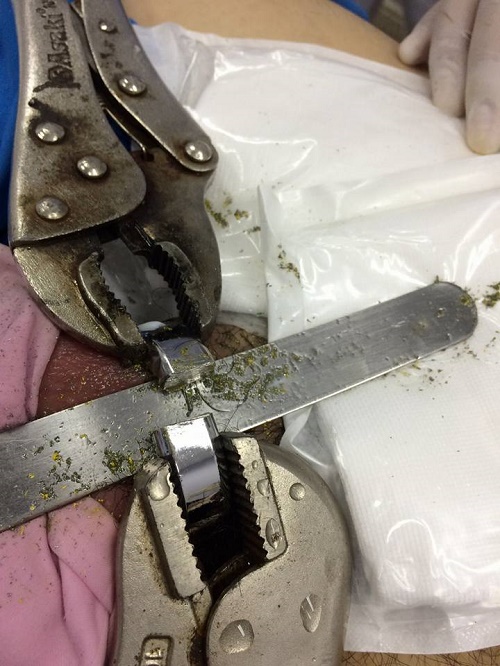 Cock rings are s*x toys used by men who want to maintain erections.

“The man put the metal alloy ring on his penis for some kind of sex game at home. 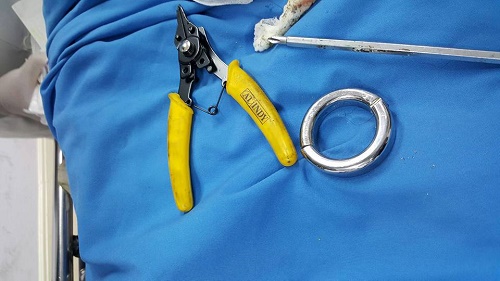 “I’m not sure if it was one he’d bought from a shop or something he found in the garage.
“But he hadn’t measured himself properly and when his penis expanded he could not remove it.

“He was very worried and in a lot of discomfort,” he continued.

“He called the emergency services and volunteer rescue workers had to take him to hospital. He was in so much pain he couldn’t get there himself. 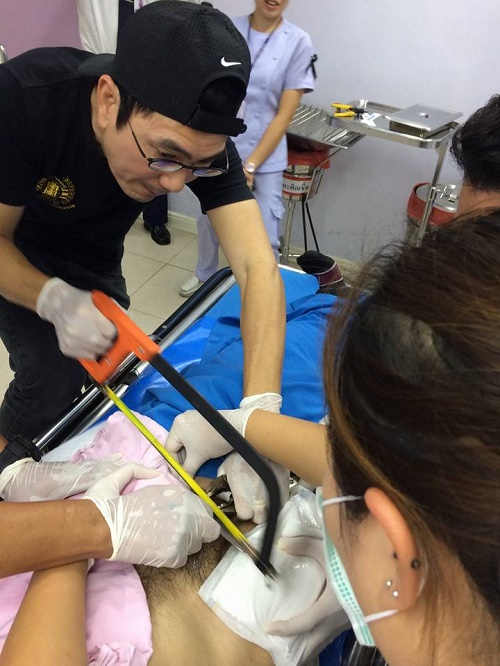 “The doctors used lubrication to try and slide the ring off but it was still stuck.

“They had to use a saw and pliers to stretch the ring and then pull it off,” Jack added.
“He was very sore afterwards and a bit embarrassed but thankful to still be able to use his penis. 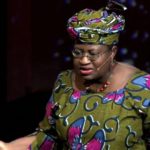 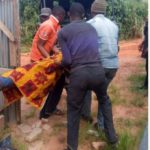