Connect with us
Enenche Akogwu, a journalist with Channels TV became a household name in 2012 when he was gunned down by Boko Haram in Kano while on duty. He was only 31 years old at the time. 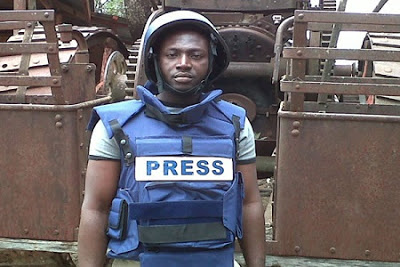 It will be recalled that on January 20, 2012, Boko Haram launched a series of attacks on Kano state. The Farm Centre Police Station was affected as well, by a bomb blast that claimed dozens of lives.

Rather than rely on figures from security agents, as most journalists are accustomed to do, Akogwu dashed to the scene of the blast to find out for himself what had happened.

Idris Jibrin, his friend, would later say that Akogwu’s body was found hours after. He had been shot six times — three times in the chest and three in the stomach.

The bystanders from whom he requested information on the blast were insurgents themselves, and they wasted no time in pulling the trigger.


Thereafter, not much has been said about Akogwu, who won the Channels Television Chairman’s Award the year before his death. His name has virtually disappeared.

However, according to PM News, on Wednesday night, at the Free Press Awards in The Hague, Netherlands, Fisayo Soyombo, who was awarded the Newcomer of the Year award, extolled the late journalist’s virtues. 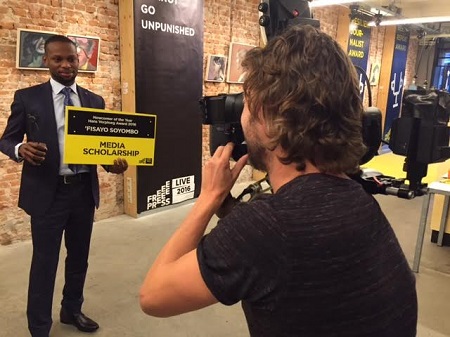 “A day like this is important to keep alive the memory of journalists such as Akogwu, who have paid the supreme price for journalism,” Soyombo said  after receiving the award.

“The truth is that I didn’t know Akogwu personally in his lifetime; I never met him. But to have died the way he did, it’s something I can relate with because I’ve reported from that zone myself.


“I dedicate this award to Akogwu; a name like his should never die. The world must not forget people like him.”