Connect with us
Two armed robbers were almost lynched when they were caught by an irate mob who attacked and beat them senseless. 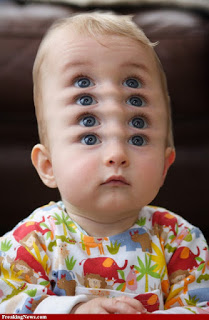 The Two thieves were rescued by the transition chairman of Ehime Mbano LGA, Hon Chike Orjiako when they were about to be burnt to death.

According to Kingsley Chukwu, it took the timely intervention of the transition chairman of Ehime Mbano LGA, Hon Chike Orjiako,  for these alleged thieves to escape the fury of an angry mob at Alaojii Aba branch of the LGA in Imo state – after efforts by police proved abortive.

Reports by a witness revealed that the alleged thieves were chased by commercial motorcyclists from Oriagu market and caught up with them at Aba branch. The thieves were brutally beaten  and about to be set ablaze when the police arrived.

The mob threatened to attack and burn their vehicle. However, when their efforts were aborted by the brazenly angry mob, the police withdrew. 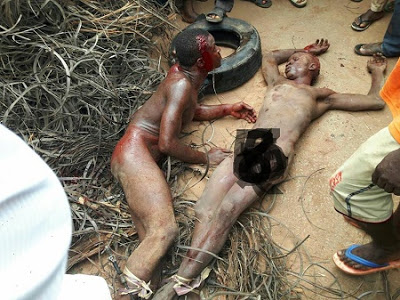 When the information got to the T.C chairman of Ehime Mbano, he moved to the venue. It was only by God’s grace that he was able to talk to the war-ready youths. 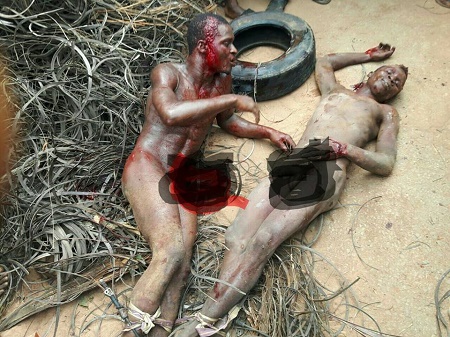 However, the prompt call put across to the commissioner of police by Hon Chike was the only thing that brought the police back.

Meanwhile, the victims were assumed dead until revived by a doctor, they are presently recuperating pending when the wrath of the law will be unleashed on them.

Channels TV Journalist, Enenche Akogwu, Who was Murdered by Boko Haram in 2012, Celebrated in Holland