Menu
Two months after 34 year old Mojeed Ogooluwa, was sacked from his job as the Financial Secretary of the Tricycle Operators Association in Ketu, Lagos, he resorted to robbery to cater for his family. 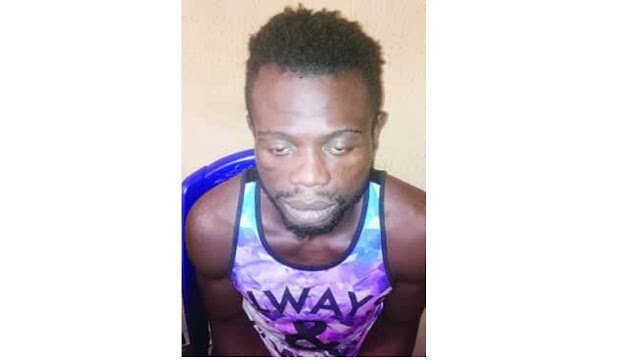 The Oyo State indigene, who is married with two children, said hunger and frustration led him to join a robbery gang who specialized in robbing people of their cars and other possessions.

His first operation after joining the gang would be to rob a woman on March 8, 2016, identified as Mrs. Iyiola Shola — a civil servant — of her car, money, jewellery, mobile phone and laptop.

Recalling the incident, Shola, 37, said she was sleeping in her room with her children when Ogooluwa and his gang climbed her house’s fence and broke into her apartment.

She said she later went into fasting and prayers after reporting the incident to the police, adding that she was hopeful that the police would recover her car and arrest the robbers.

Two months later, she said she got a call from her husband, informing her that her Toyota Camry had been found in Abeokuta, Ogun State, while two of the robbers had been arrested by the operatives of the Special Intelligence Response Team.

“I was in the room with my kids sleeping when about five armed men burst into my room and pointed a gun at me and started asking for money.

“I told them I had money in my handbag which I left on the dining table. Two of them took me downstairs, while others ransacked my room. When we got to the sitting room, I saw my younger sister already lying down. One of them picked up my car key and asked for the key to the gate and I gave it to him.

“They packed themselves into my car and shot rapidly into the air before leaving. After a short while, they drove back again; it was as if they left something behind. One of them jumped out of my car, picked up a few items and they left again.

“After a short while, a police patrol team showed up in my compound and said our neighbours called them that there was robbery in my house. I told them what happened and gave them details of my car. They went on air and radioed the theft of my car before leaving.

“I felt helpless and decided to pray. I trusted in God to get back my car for me. I fasted, prayed and held vigils and God has finally answered me.”

A police source told Saturday PUNCH that the robbery suspects were arrested when a team of IRT operatives trailing a notorious gang of robbers that specialised in car snatching within Lagos and Ogun states, stormed the gang’s hideout in Ketu Tipper Garage in Lagos and arrested Ogooluwa and his gang member, Toheeb Waheed.

“When we asked where they kept the woman’s car, they told us that they were intercepted by policemen from Ogun State on their way to Ilorin, where they wanted to sell the car. The police killed one of the members of the gang and recovered the car. We followed on that information and found the car at the Ogun State Police Command where it was parked,” he said.

Confessing to the crime, Ogooluwa said he went into robbery because he couldn’t pay his two children’s school fees after losing his job as an executive member of the Tricycle Operators Association in Ketu, Lagos and things became difficult for him.

“I was an executive member of the Tricycle Operators Association in the Ikosi Isheri Unit, Ketu, Lagos and I held the post of a financial secretary. We are affiliated to the National Union of Road Transport workers and my job was to monitor the movement of tricycles around Ketu and to make sure there was free flow of traffic.

The “frustration” was what led him to ganging up with friends and robbing people of their cars and other possessions.

“I met one Agu and Mutiu at a smoking joint in the Ketu area of Lagos and they started talking about robbing cars from a house. I told them that I was a good driver and would work for them if they would accept me,” he said, adding, “We exchanged phone numbers and agreed to meet by night.”

“We met at Ketu Bus stop that night and I saw four boys — Agu, Lekan Tesax, Yahoo Foreign and Mutiu. They told me that the house where they wanted to snatch the car from was very close by and we went by foot. I didn’t know the name of the street; it was Agu and Mutiu who took us to the house.

“Three of us had guns, but I didn’t have any since I was new in the gang. Time was around 1am when we invaded the house through the fence and broke the door, two of us who had guns entered into the house while I waited outside.

“After a while, they came out, having collected the key of a Toyota Camry from the lady resident and we all drove out in it. On our way, we intercepted another car, a Toyota Corolla, on CMD Road, Shangisha area and we snatched it from its owner. From that point, we proceeded onto the Lagos-Ibadan Expressway and we were heading towards Ilorin, Kwara State to sell the vehicles to our buyers there.”

On their journey to Ilorin, the gang stopped by to eat and that was the end of the road for them.

“On our way, we stopped to buy something to eat when the police attacked us. They shot at us and we all ran into the bush, but the bullet hit Mutiu on his abdomen and we abandoned him. The police followed us. That was when I was arrested,” he said.

The police said investigations were on to arrest other members of the gang and bring them to book. 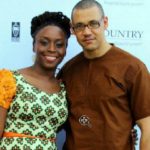 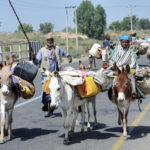