At least 35 people have been killed ‘including a baby’ and dozens more are feared dead after a huge 260ft section of a highway bridge collapsed during a fierce storm in the Italian city of Genoa.

Cars fell hundreds of feet along with tonnes of twisted steel and concrete debris into a river, railroad tracks and an industrial zone below when the Morandi bridge gave way at 11.30am local time.

The disaster shocked the world but many locals feared the 50-year-old bridge would collapse for years and held their breath every time they crossed the vital arterial road.

The state of the bridge always concerned us. Nobody has ever crossed that bridge with a light heart,’ Genoa resident Elizabeth told the BBC.

‘Everybody has always done it praying that the bridge wouldn’t fall down. Today that happened.’

Officials fear ‘dozens’ are dead in what is being described as ‘an immense tragedy.’ There are reports that a baby is among the victims and that two people died in their homes when the giant structure collapsed.

Amid ‘apocalyptic’ scenes, up to 35 cars and three heavy trucks cascaded into the valley below as they were making their way over the bridge.

One witness said he saw the 50-year-old structure ‘wobbling’ minutes before it gave way as dramatic footage showed it being struck by lightning seconds before it crumbled.

It was just after 11.30 when we saw lightning strike the bridge and we saw it going down,’ eyewitness Pietro told Italy’s Ansa news agency.

One unnamed witness said: ‘We heard an incredible roar and first we thought it was thunder very close by.

‘We live about three miles from the bridge but we heard a crazy bang… We were very scared… Traffic went completely haywire and the city was paralysed.’

All you can hear in the city is the sirens of the emergency vehicles going non-stop from the bridge to the hospital.

The air ambulance has been hovering most of the day. There are huge numbers of people outside the hospital and on the main shopping street there are two vans for people to donate blood.

Rescuers desperately hunting for survivors are now fearful of explosions from damaged gas lines and some areas have been evacuated while safety checks take place.

Some 600ft of the Morandi bridge collapsed over an industrial zone, raising concerns gas lines may have been damaged.

The disaster occurred on a highway that connects Italy to France and other vacation resorts on the eve of a major Italian holiday, Ferragosto meaning traffic would have been heavier than usual as many Italians traveled to beaches or mountains.

One witness has told local Italian newspaper Il Secolo XIX that the bridge was wobbling this morning before the disaster.

He told the paper: ‘I walk the Morandi Bridge almost every day. The bridge often oscillates, for trucks, the tails … but this morning I had the feeling, maybe just the suggestion, that this oscillation was much more marked than usual.

‘I walked back to the house on my way back a quarter of an hour before it collapsed.’ 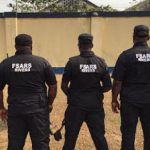 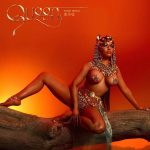