MTV announced on July 31 that Jennifer Lopez, 49, will be recognized with the coveted Michael Jackson Video Vanguard award at the 2018 VMAs.

JLo is also set to perform live at the 2018 VMAs for the first time since 2001! Jennifer is currently nominated for two VMAs for her latest hit, “Dinero.” The 2018 VMAs will air live from Radio City Music Hall in New York City on Aug. 20 at 9 p.m. on MTV.

Jennifer joins a long and very talented list of past Video Vanguard recipients. Britney Spears, 36, Justin Timberlake, 37, Beyonce, 36, Kanye West, 41, Rihanna, 30, Pink, 38, Guns N’ Roses, Madonna, 59, and Michael Jackson are among the list of artists who have received the award. The very first Vanguard awards were given to David Bowie, The Beatles, and Richard Lester in 1984 at the very first MTV VMAs. The award was renamed in 1991 in honor of the King of Pop. 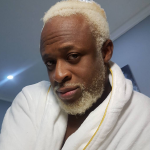 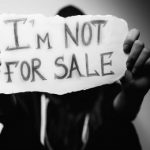