Bizarre footage that surprised a nearby resident has emerged, showing 30 male workers in south-east China who were publicly shamed by their boss, by being stripped down to their boxers and parading around the streets of Jiangmen city for failing to meet their sales targets.

They were sales associates of a gym and had failed to reach the expected profit and were forced to do the walk of shame, dressed only in their underwear, the embarrassed men were filmed briskly walking in a straight line on the street.

A person identified as the gym’s manager told a video news site Pear:

“I gladly accept the punishment handed to me by the company.”

“Our female staff do not need to do the walk of shame – they are required to do push-ups as punishment instead,’ he added. ‘It’s a good challenge for us, I think.”

A former employee at the gym told Pear that sometimes staff would have 200 yuan (£22) deducted from their salary for failing to meet sales targets, while workers would have 500 yuan (£55) deducted for being late to work. 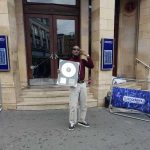 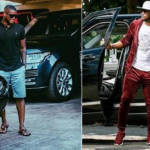