Presidential candidate, Omoyele Sowore, insists Atiku must not be allowed back into the seat of power to wreak more havoc. He accused Atiku Abubakar of planning a return to power to allegedly create a paradise for thieves who’ll loot the country blind.

While addressing the public at a summit, “African Leadership In The Millenium”, a part of Felabration 2018, in Lagos State on Monday, Sowore said a victory for Atiku, a former vice president, or incumbent president, Muhammadu Buhari, will further stall the nation’s progress. Here is what he said:

“The last government is always better than the next. In fact, if you ask me which is the worst government, it hasn’t come yet.

“It’s coming next year if we vote Buhari or Atiku. It’ll be the worst government we’ll have because both of them have unfinished business with Nigeria.

“So, when they return, they’re coming with vengeance; vengeance on our resources and our people.

“Atiku is coming back to create a paradise for thieves and you can see the people who are excited about them.

“They’re either people who stole, who didn’t steal enough last time or people who are aspiring to become thieves, including Donald Duke.

“Same thing with Buhari. If Buhari returns next year, he’ll take away all forms of pretense about human rights, about his support for Islamic extremism, about his respect for your farms. He’ll take it all because, at that time, he’ll have nothing at stake.”

The 2019 presidential election, scheduled for February 16, 2019, is expected to be keenly-contested between Buhari of the All Progressives Congress (APC) and Atiku of the People’s Democratic Party (PDP) who served as vice president between 1999 and 2007 and lost in the 2007 presidential election. 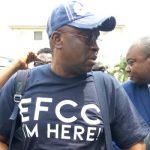 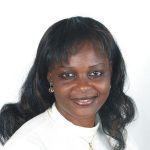