The leader of the Indigenous People of Biafra (IPOB), Nnamdi Kanu who re-appeared in again at the Wailing Wall in Jerusalem after the Israeli government claimed there is no evidence that he’s their country has taken a swipe at President Muhammadu Buhari whom he claimed has died and is being impersonated in Aso Rock.

Nnamdi Kanu re-appeared again at the Wailing Wall in Jerusalem and said he will be broadcasting and speaking to Biafran today. read the report HERE.

During this live broadcast, the IPOB leader who called President Buhari an illiterate and claimed the real Buhari is dead and the person in Aso Rock is Jubrin, a look-alike of the president who comes from Sudan. He has evidence including pictorial proof to back up his claims that this present Buhari is fake, the evidence would be released next month during a meeting with the IPOB members.

He acknowledged the former governor of Ekiti, Ayodele Fayose and Femi Fani-Kayode for always standing up against the president who always criticized him and said the Nigerian government wants to kill him and shut him up for good because he always speaks his mind and refused to stop talking.

He blasted the Arewa consultative forum whom he claimed pressured the Ohaneze Ndigbo to do something about him when his popularity was growing in Nigeria. He also heavily criticized the Southeast governors, Ohaneze Ndigbo and other Igbo leaders who he said helped in prescribing the IPOB group as a terrorist sect.

He also spoke on Aisha Buhari who said last year that Nnamdi Kanu took advantage of the president’s absence to carry out his activities.

Recall that Mrs. Buhari while speaking at the presidential villa in Abuja said the absence of the president created a setback, that the IPOB leader leveraged on. She said:

“As a result of the president spending several months outside Nigeria, a 40-year-old man who was still living in his father’s house created a state out of a state and that is a major set back for the country and the health sector did not benefit.”

Nnamdi Kanu also blasted the Abia state governor, Okezie Ikpeazu and others whom he claimed planned his obituary. He claimed the governor received stolen items from his house by the military.

Nnamdi Kanu also said that IPOB needs freedom because they cannot be slave to the Fulani people.

He criticized governor Rochas Okorocha of Imo state for trying to stop him and IPOB members with security agents during a peaceful protest in Owerri as he said governor Nyesom Wike allowed him and his group to protest in Port-Harcourt, Rivers state capital. 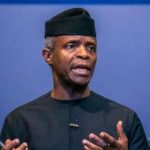 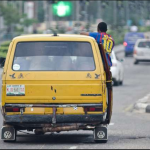