Those who want to put asunder in the relationship between Davido and Chioma should better think twice because Davido is not happy with the rumours filtering the air that his relationship with Chioma Avril has collapsed.

The singer has reacted and debunked the alleged break-up rumours through his Twitter page where he slammed a news website for reporting that his relationship with Chioma Avril Rowland had crashed.

“God punish u! See u in court bitch.”

We all know how Davido doesn’t really take likely negative comments credited to his family or relationship with Chioma.

Talking about Davido and Chioma relationship, we’ve all seen these two young lovebirds showoff their love for each other. We still haven’t forgotten how Davido broke the Internet a few months ago when he got Chioma an expensive Porche car after he had shut down a club just to celebrate her birthday. 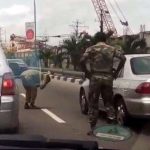 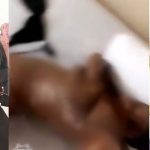