A husband divorced his wife after catching her red-handed “cheating” with another man on Google Street View when he was trying to plan the best way to complete his journey to get a popular bridge.

He spotted someone who looked familiar, a woman sitting on a bench and a man with his head in her lap. She appeared to be stroking his hair. The husband realized the woman’s clothes were identical to those of his spouse. When he zoomed in on the image he realized it was, in fact, his wife. Despite the photo dating back to 2013, he angrily confronted his wife over her past infidelity.

The couple later divorced after she admitted to having an affair.

Ironically, the woman was photographed with her lover on a bench by Lima’s Puente de los Suspiros de Barranco, or Bridge of Sighs of the Ravine by a Google camera car in Lima, the capital of Peru.

The heartbroken man shared the photographs from Google Street View on Facebook which has gained a lot of attention on the social media platform. 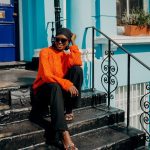 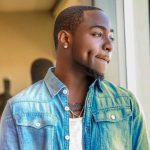