A South African woman identified as Gugu Ncube has been Arrested after she staged a nude protest at the Union Buildings in Pretoria, South Africa on Wednesday.

According to reports, Gugu Ncube staged the nude protest at in a bid to reach out to the South African President, Cyril Ramaphosa and the United Nations for intervention after she was fired from her job because she refused to have sex with her manager. She said:

“I’m a victim of sexual harassment at Unisa…I has tried engaging the Unisa vice chancellor Prof Makhanya but he threw her out like a rotten potato.”

“They claim I have resigned…I have never resigned… they chased me from work.”

But her efforts where to no avail as she was arrested by the Police.

A woman (Gugu Ncube) who staged a nude protest at Union Buildings today due to alleged sexual abuse she experienced at UNISA has been arrested . (@CannyMaphanga) pic.twitter.com/6WXFS8DsCx 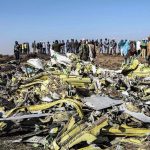 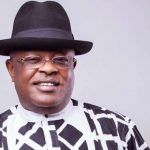