Following the report about an Indonesian airplane with 189 passengers on board that crashed into the sea after losing contact with the ground just 13 minutes after taking off from Jarkata. ‘No survivor’ was recorded after the crash. read the report HERE.

An Indonesian man identified as Sony Setiawan who is an official in Indonesia’s finance ministry has revealed how Jakarta’s notorious traffic saved his life on Monday from boarding the doomed Lion Air plane that crashed into the sea.

According to Sony Setiawan, he had meant to board the ill-fated flight JT610, a journey he and his colleagues caught on a weekly basis. But while his friends battled their way through Jakarta’s daily traffic to make the flight, Sony found himself stuck on a gridlock for hours.

Speaking to AFP, Sony Setiawan revealed his ordeal. He said:

“I usually take (flight) JT610 — my friends and I always take this plane.”

“I don’t know why the traffic at the toll road was so bad. I usually arrive in Jakarta at 3am but this morning I arrived at the airport at 6:20 and I missed the flight.”

That gridlock likely saved Setiawan’s life as officials warned it was unlikely anyone would have survived such a crash.

But Setiawan said any gratitude he felt was tinged with the knowledge so many people, including six of his colleagues, were not so fortunate.

“The first time I heard I cried,” he said. “I know my friends were on that flight.”

Setiawan, who is from Bandung in West Java, said he managed to catch the second flight to Pangkal Pinang city and only learned of the crash once he landed safely.

The call he made to his briefly stricken family was filled with emotion. He said:

“My family was in shock and my mother cried, but I told them I was safe, so I just have to be grateful.”

Some 189 people on board the plane when it vanished from radar just 13 minutes after taking off from the Indonesian capital, plunging into the Java Sea off Indonesia’s most populous island.

The finance ministry said around 20 of its employees were on the plane.

Indonesia’s search and rescue agency said it was “likely” all passengers and crew were killed in the accident, as it found body parts of some victims.

A sprawling and haphazardly planned megacity, Jakarta is known for having some of Southeast Asia’s worst traffic congestion with lengthy tailbacks and hours-long delays a daily frustrating ritual for commuters. 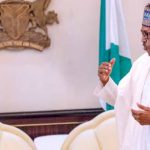 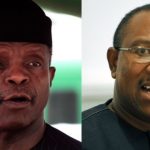