The Indonesian Government has announced that it will ban travellers from Nigeria and seven other African countries to curb the spread of the Omicron COVID-19 variant. 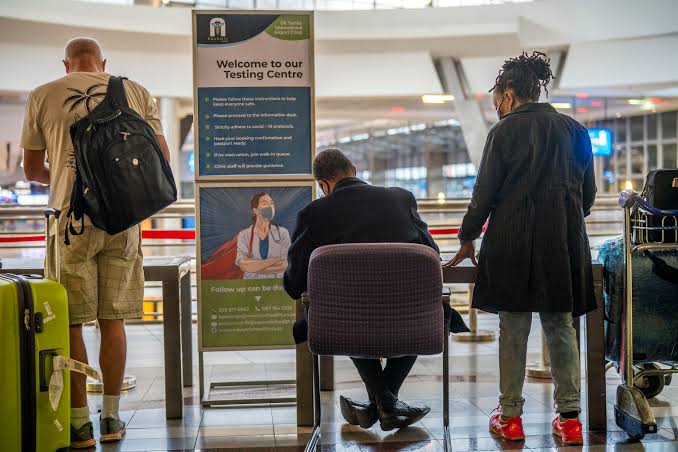 Though no single case of Omicron has yet been reported in Nigeria, the new variant (B.1.1.529) was first recorded in South Africa a few days ago.

Speaking during a news conference over the weekend, Indonesia senior ministers said that the travel restrictions will take effect on Monday and reevaluated every two weeks.

The ban extends to people who have been in South Africa, Botswana, Namibia, Zimbabwe, Lesotho, Mozambique, Eswatini or Nigeria in the past 14 days.

The coordinating minister for maritime affairs and investment, Luhut Pandjaitan said Indonesian citizens who have been to the eight African countries and Hong Kong will quarantine in designated facilities for 14 days.

Pandjaitan also disclosed that travellers entering the country will have to quarantine for seven days compared to three days earlier announced.

“Omicron has spread to more countries, so to respond to these developments, today the government wants to carry out the following policies.

Indonesian citizens entering Indonesia from the listed African countries and Hong Kong will also now have to quarantine in designated facilities for 14 days.

“All other travellers entering the country will have to quarantine for seven days compared to three days previously,” the minister was quoted to have said by Reuters.

The World Health Organisation (WHO) had stated that new Omicron variant also – known B.1.1.529 variant – is said to be highly transmissible and the ‘most concerning’ since the Delta variant ooutbreak

The global health organisation advised countries to enhance surveillance and sequencing efforts, as well as ensure strict adherence to the COVID protocol to limit the spread of infections which could resist vaccines and prolong the nearly two-year COVID pandemic.

KanyiDaily recalls that Nobel laureate, Prof Wole Soyinka had revealed how he was prevented from boarding a flight at the Charles de Gaulle Airport in Paris, France, over his failure to obtain a ‘permit to travel’ to Nigeria.