Nicki Minaj has definitely had a great year, from her fourth studio album Queen which was released a few months back and had the whole hiphop and music industry talking to performing live at the VMAs and to starting her Queen Radio show on iTunes where she has been giving some shady yet insightful inside information about the music industry and finally telling her own part of the story rather than letting rumours run amok to featuring on one of the best songs on Lil Wayne’s seventh studio album Tha Carter V. Now this Queen of rap has released a new jam in collaboration with girl group Little Mix titled Woman Like Me.

The single Woman Like Me offers a glimpse into the British girl group’s fifth studio album and frankly leaves you very excited and eager to listen to the roll out from the album. The song merges the best elements of pop and reggae and all together forms a very empowering confident song which ponders on if the object of their affection can handle their confidence and candour. With well thought out lyrics, it’s sonically pleasing beats, Little Mix providing considerable vocals and of course rap legend and queen Nicki Minaj swooping in with her badass bars and flow, Woman Like Me is a song worth listening to and one isn’t surprised that it is already topping the charts. 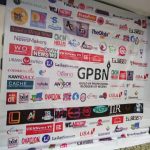 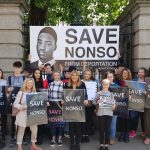