In a video that surfaced online recently, Mavin official Disc Jockey, DJ Big N was involved in a street fight that happened a few days back at Lounge38, Surulere in Lagos state., police had to wrestle a pump action rifle gun from the hands of the DJ.

According to eyewitnesses, trouble started when a fight broke out between BigN’s friend and another guy in the lounge. It was gathered that singer Dr Sid came around and tried to settle the fight, but was unable to.

And as the fight escalated, BigN was alleged to have gone into his white car to get a gun, which was reported to be a pump action rifle. It was alleged that he fired some shots into the air.

Shots were fired into the air, which attracted the attention of the policemen in that area. They stormed the scene and wrestle the gun out of the hand of the disc jockey who was later taken into custody. 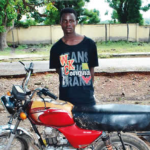 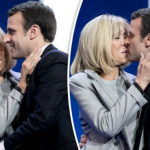