Nollywood actress Juliet Ibrahim confirmed that her relationship with Nigerian rapper Iceberg Slim is finally, though she refused to reveal why it didn’t work, then went ahead and shared a video of her whining her waist on her Instagram page that sent her fans spiraling into their wildest fantasies.

In the recent past, the star actress and her Nigerian boyfriend used to complement each other very well, the pair took their romance to a whole new level by tweeting pictures of themselves on various social media platforms, and revealing to the world how deeply in love they were.

However, questions began to be asked of their relationship after Juliet deleted all photos of her Nigerian boyfriend from her Instagram page.

This happened in May, but the actress continuously denied breaking up with Iceberg Slim at the time.

Juliet has now confirmed that her love relationship with the Nigerian no longer exists. However, refused to speak on allegations that the relationship did not work because her boyfriend cheated on her. She told Accra-based Joy FM:

“The thing is we don’t want to go for anybody, I carried myself. When you are in love, you do crazy things and things happen and you move on.”

“I don’t know because they say and I hear all sorts of things but people close to me know what happened. I wouldn’t say because no matter what I respect the people that I have been with. We broke up on a mutual term.”

Not long after confirming her breakup with Iceberg Slim, she actress shared a video on her Instagram page flaunting her curves and assets, serving her fans a good dose of waist and bum movement. She captioned the video saying:

“Embrace yourself, love every part of your body and don’t be ashamed to flaunt it!”

How would you rate her twerk moves on a scale of 1-10? 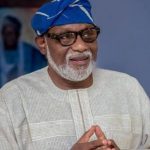 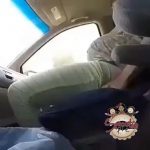