President Muhammadu Buhari, Vice-President Yemi Osinbajo, the National leader of the All Progressives Congress (APC), Bola Tinubu and other party leaders are expected to meet to decide the fate of the ruling party’s chairman, Adams Oshiomhole after he was criticized by some APC members following the outcome of the party’s primaries held recently across the country.

Some APC members criticized Oshiomhole about the outcome of the party’s primaries held recently across the country, and Some APC state Governors have also accused Oshiomhole of working for the Peoples Democratic Party. So various groups in the ruling party have called for his resignation.

Tinubu had publicly endorsed the leadership style of the embattled APC chairman, saying that he cannot be removed.

There had been reports in the media that some Governors were gathering the support of other top lawmakers to push for Oshiomhole’s sack.

According to Punch, a member of the APC National Working Committee (NWC), said:

“The fact that Oshiomhole is under investigation for allegedly collecting money from aspirants is bad for the image of the APC government which claims to be fighting corruption.

“It is for this reason that the NWC members are being asked (by interested parties) to push for the suspension of the APC chairman pending the outcome of the probe. The President’s body language and actions in the coming days will determine Oshiomhole’s fate. For now, we are still considering it but we don’t want to make any hasty decision until we are sure that we have the President’s backing.”

A source revealed to Punch that Tinubu went to France to meet with Oshiomhole on Thursday, 8 November 2018, ahead of the planned APC leaders’ meeting. The source said:

“Tinubu and Oshiomhole met in Paris on Thursday over attempts by governors and some members of the NWC to remove the party chairman. You will recall that it was Asiwaju who paved the way for the emergence of Oshiomhole as the chairman when Chief Oyegun wanted a tenure extension.

“Now that he has come under probe by the DSS and is being asked to step aside, he has run to Tinubu to save him. It remains unclear what their strategy will be to put a stop to the probe.”

There are reports also, that President Buhari is very particular about solving the ongoing crisis in the ruling party. According to the source:

“The matter is receiving attention at the highest level. We cannot pretend, the situation involving our national chairman is already in public domain.

“His invitation and subsequent interrogation by the Department of State Services, is an indictment if you ask me; but you cannot pronounce a man guilty without giving him the right of fair hearing.

“The leadership meeting will take place because as you know, we don’t have a Board of Trustees in place. Mr. President as the leader of the party, who in fact, has personally taken over the process of dealing with the post-primary crisis, is convening the meeting to deal with all these issues.”

There are reports that Oshiomhole is back to Nigeria after fleeing to London. The APC National Publicity Secretary, Mallam Lanre Issa-Onilu confirmed the report. 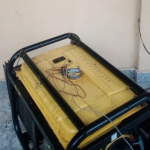 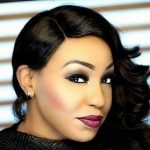