Rita Dominic cannot be influenced by the culture, she is happy to remain single for as long as possible until she is able to find her true love.

The Nollywood actress made it clears in a television interview after she criticized the pressure often placed on women in the Nigerian society expecting them to get married at a set period.

“I will marry the man of my dreams and not the man society dreams for me.

“Society feels that there is something wrong with you if you’re a certain age and you’re not married.

Rita Dominic reveals the reason why she is happy her last affair didn’t work out.

“You know how you see the signs and you just ignore it hoping the person will change. Look, a grown man and a grown woman cannot change.

“They can find a way to live with each other and respect each other’s feelings—but to change a grown person is difficult.” 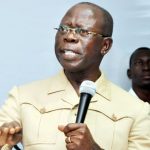 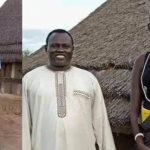