A Nigerians couple has been shamed by Residents after they were caught red-handed having sex in a car.

A Facebook user identified as John shared the photos of the couple who parked their car in an isolated part of his neighborhood to have sex.

Someone from the neighborhood spotted the shameful act and immediately alerted other residents of the area to disgrace them for ridiculously bringing their private affair to their neighborhood rather than getting a room.

John who shared the photos, did not disclose the exact location this incident took place, however, it was gathered that the couple were sent away after the embarrassment.

The photos of the couple who were left embarrassed and humiliated have gone viral and triggered a mixed reaction among social media user, with some being supportive of the move by carried out by residents of the area, while others maintained that the couple did nothing wrong and shouldn’t have been shamed since they are both adults.

Here are photos below: 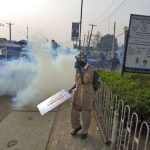 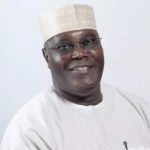