Festus Keyamo (SAN) who is the Director, Strategic Communications of the President Muhammadu Buhari Campaign Organisation, said if should Atiku Abubakar, presidential candidate of the PDP in the 2019 elections, set foot on United States soil today as a private citizen, he will face criminal charges.

According to Pulse, Keyamo, in a press statement dared Atiku Abubakar to set foot on United States soil as a private citizen. He said:

“There is no question that the reasons for Atiku’s frequent contests for the presidency are to steal the resources of Nigeria for self-enrichment and to prevent prosecution for his crimes of laundering and receiving bribes. No amount of fake news or ridiculous false allegations against the President or Vice President can wash away the well-documented history of theft.”

“A senate subcommittee investigating the PTDF indicted Alhaji Atiku Abubakar, having found that he abused his office by aiding and abetting the diversion of public funds in the sum of $145 million” as loans to his friends. This report was a subject of a full-blown investigation by the EFCC which actually recommended his prosecution in a court of law. That report is still pending and alive till today.

“The U.S Congress in a report titled, KEEPING FOREIGN CORRUPTION OUT OF THE UNITED STATES: FOUR CASE HISTORIES, featured Alhaji Atiku Abubakar as one of the four notorious cases of money laundering in the world!

“The Congress report said “Jennifer Douglas Abubakar, a U.S. citizen, is the fourth wife of Atiku Abubakar, the former Vice President of Nigeria and a former candidate for the Presidency of Nigeria…… from 2000 to 2008, Ms. Douglas helped her husband bring over $40 million in suspect funds into the United States, including at least $1.7 million in bribe payments from Siemens AG, a German corporation, and over $38 million from little known offshore corporations, primarily LetsGo Ltd. Inc., Guernsey Trust Company Nigeria Ltd., and Sima Holding Ltd”.

“Atiku’s co-conspirators, Williams Jefferson and Siemens in the bribery deal were convicted and Jefferson went to jail. By running for President of Nigeria, Atiku intends to get some immunity from prosecution. Already he is hoping to obtain a visa to visit the US, as a guest of the State department, a concession that the US will grant to a Presidential candidate of Africa’s biggest Nation”.

Keyamo also laughed off reports that the United States Justice Department has announced that there are no pending corruption cases against Atiku in America.

“How do we as a Nation end up with anyone with this sordid record locally and internationally? We have heard the lame defense that the U.S Justice Department said it has no pending case against Atiku Abubakar. That is only a defense for the ignorant ones. 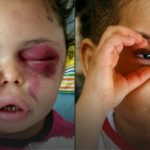 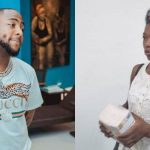