President Muhammadu Buhari has just rejected the signing of the Amendment made to the 2018 Electoral Act Amendment Bill by the National Assembly.

According to Vanguard, Ahead of the 2019 general election in the country, the president has for the fourth time, declined assent to the amended ‘Electoral Act’ after numerous call pressurizing him to sign it.

Enang, however, said that the President has signed the National Open University bill into law. He said:

“President Muhammadu Buhari has taken decision on Electoral Act Amendment bill 2018. In accordance with his power under the 1999 Constitution and has communicated that decision to the Senate and House of Representatives in accordance with the law.

Asked to be categorical whether the Electoral Act Amendment Bill was assented to or rejected, he said:

“The president has taken a decision in a accordance with the powers vested in him according to the constitution.

“And by convention that decision contained in the communication can only be revealed by the person to whom that decision is addressed to. But the electoral bill has left Mr. President because he has taken a decision and has remitted it back.”

Pressed further for clarification, Enang said, “Thank You very much but this is all the law allows me to say by convention. Mr. President has sent that communication to the National Assembly.”

When asked why he returned the bill back to NASS he said, “the president has communicated his decision to the National Assembly and that is what it is now.”

When asked if it was safe to say the President rejected the bill, he said:

“it is safe to say that the president has taken decision as allowed by law and has communicated that decision to the senate and the House of Representatives.”

On what would be the implication of the decision on the 2019 elections, Enang said:

“The implication of the decision is that the president has taken action on the bill within the time allowed by law. 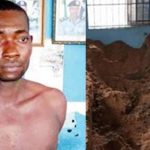 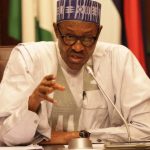