Another meeting between the federal government and the Academic Staff Union of Universities (ASUU) has ended on without resolution of the ongoing strike.

Senator Chris Ngige, Minister of Labour and Employment, said that the Federal Government has released N163 billion to the universities from the Tertiary Education Trust Fund (TETFund) but striking academics are stalling in calling off their strike.

Chris Ngige said this while addressing newsmen after a closed-door meeting with ASUU leaders in Abuja on Monday. He said:

“Government has released about N163 billion from TETFund account to universities.

“So, we have gotten some substantial agreement in most of the areas of the agreement.

“Most of the issues have been resolved, so they are going to go back to their members and present government’s offer to their council.”

Ngige also said that the striking lecturers were not asking for N50 billion before they would call off the strike.

He, however, added that if the total amount of the union’s demand was aggregated it would be more than the N50 billion as the government was paying in different compartments.

Biodun Ogunyemi, ASUU president, said there were still some grey areas in the proposal presented by the federal government.

He said the union would look at the grey areas and would get back to the government. He said:

“The most critical area is the revitalisation, because it is central to our work, as academics and unless that area is addressed our members will have issues with ongoing action.”

“We also did not ask for N50 billion, we are saying that the minimum we expect government to release in order to reactive the revitalisation fund is N50 billion. So, the strike is still on.” 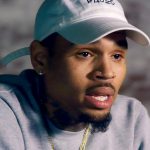