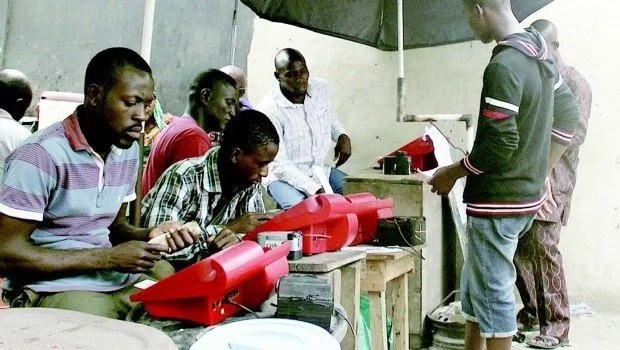 According to reports, Emmanuel reportedly sought help from a witch doctor in Ishiagu village, near Ogwashi-Uku in Delta State to acquire spiritual sight to see lucky numbers.

A friend of the victim, Osita, told the News Agency of Nigeria (NAN) on Sunday, how Emmanuel went to meet the witch doctor who assured him of a spiritual solution in Ogwashi-Uku on January 12, 2019. He said:

“He went to see a juju man to help him acquire spiritual sight so that he could be winning lotto games, popularly known as ‘Baba Ijebu.’

“He once told me that he was worried that he had been playing lotto games without success.”

Osita narrated the witch doctor prepared some concoctions and gave Emmanuel the prepared substance to drink and to also rub on his eyes. He continued:

“He never told anyone what he did, but when he started feeling some discomfort in his left eye, he cried out.

“I heard about it from one of our friends; so, I went to see him, that was when he told me what transpired.

“He was taken to the hospital following a swollen eye, but no solution. Right now, he has lost his left eye.”

An elder brother to Emmanuel, Justin, told NAN that the family is devastated by the incident. Justin said:

“We don’t want to say anything about it. We are really shocked by Emma’s desperation. For now, we want to forget about the whole incident. He has his life to live.”

NAN gathered from village sources that the witch doctor, whose name was not given, has since gone into hiding.