According to Hollywoodlife, Before Jeff Bezos, 54, and wife Mackenzie, 48, has announced their divorce after 25 years of married life on January 9, 2019, the Amazon CEO has been secretly sending raunchy texts and photos behind her back to his 49-year-old rumored mistress Lauren Sanchez.

The National Enquirer has claimed to have seen the shirtless photos and a picture of his junk, along with “X-rated selfies”, but won’t publish it for the sake of Jeff’s privacy.

Hollywoodlife have not been able to verify the authenticity to these claims because the tabloid claims the texts landed in Lauren’s inbox “many months” before late 2018, a date she and Jeff reportedly got together, after the billionaire and his wife separated earlier in 2018.

One supposed text was dated June 1, 2018, and Jeff allegedly wrote to Lauren:

In another, Jeff reportedly told the 49-year-old:

“I love you, alive girl. I will show you with my body, and my lips and my eyes, very soon.”

In another, National Enquirer claims he said:

“I want to smell you, I want to breathe you in. I want to hold you tight.… I want to kiss your lips…. I love you. I am in love with you.”

Others are more X-rated including one where he is said to have told the former TV host:

“I miss you. I want to kiss you right now and tuck you in slowly and gently. And maybe in the morning wake you up and not be quite so gentle with you.”

In another, he allegedly said:

“Your energy and ideas and competence and SPIRIT turn me on. You make me better. You’re meant for me.”

Another is said to have read:

“I am so full of love for you. My heart is growing just so it can have room for you. It’s bigger than it’s ever been and still swelling.”

Other remarks he reportedly made to her include: 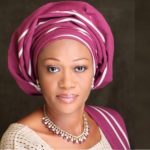 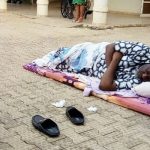