The Nigerian Army has reacted to a controversial statement made by President Muhammadu Buhari that anyone who disrupts the forthcoming general elections by snatching ballot could pay with their lives.

President Buhari made the statement while speaking at the caucus meeting of the All Progressives Congress (APC) in Abuja on Monday, February 18, 2019. He said:

“Anybody who decides to snatch ballot boxes or lead thugs to disturb it (elections), maybe that would be the last unlawful action he would take. I have directed the police and the military to be ruthless.”

However, the Electoral Act prescribes two years in jail, not death, for persons found guilty of snatching or destroying election materials.

So, the comment is generating a lot of heated reactions among Nigerians with many saying the president’s statement is a veiled sanction to security operatives to kill (extrajudicially) those who run afoul of the electoral law.

When the Nigerian Military was contacted for comments on whether the Army would review its rules of engagement if President Buhari gave an order of shooting ballot box snatchers.

The Army spokesperson Sagir Musa said if such order is given by President Buhari, the force will obey ‘totally and effectively’ He said:

“If Commander-in-Chief has given order to the Nigerian Army to that effect, be rest assured that order will be totally and effectively obeyed without any ifs or buts.” 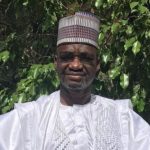 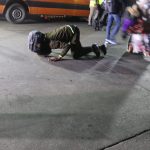