According to Vanguard, PDP made this allegation through its spokesman, Kola Ologbondiyan, while speaking to newsmen during a press conference on Wednesday, January 2, 2019.

Ologbondiyan also called on the President to respond to allegations that his relatives own shares in some top companies in Nigeria. PDP said:

“The Peoples Democratic Party Presidential Campaign Organization, PPCO, calls for an urgent investigation into the alleged link between the reportedly diverted military funds and the N1.032 trillion said to have been used by President Muhammadu Buhari’s family members for corrupt acquisition in 9 Mobile Nigeria and Keystone Bank PLC.

“The PPCO calls for an independent and system-wide investigation by the INTERPOL, Directorate of State Services, DSS, and the Economic and Financial Crimes Commission, EFCC, on the alleged links between the two funds.

“This concerted investigation has become imperative following President Buhari’s failure to directly speak out on the allegations against his family members, as well as explain how they came about the sum of N1.032 trillion for the alleged acquisition.

“We make this demand in view of public insinuations that the money may have been sourced from funds meant for the purchase of weapons for our soldiers.

“Also, the attention of the PPCO has been drawn to a vicious attempt by the APC to use diversionary tactics to dismiss allegations of corruption hanging directly on President Muhammadu Buhari. The APC is attempting to dismiss revelations that family members of President Buhari’s involvement in acquiring substantial shares in both the 9 Mobile and Keystone Bank Plc that is worth over a N1 trillion.

“More so, the Buhari-led Presidency has blatantly refused to respond to allegations that military fund is being used to finance President Buhari’s re-election campaign which even manifested in the use of military resources to produce All Progressives Congress, APC, campaign materials, including an electronic momento book by the Minister of Defence, Mansur Muhammad Dan-Ali.”

“The PPCO cautions the Chairman of the Independent National Electoral Commission, INEC, Professor Yakubu Mahmood to immediately disentangle himself and his commission from the fresh plot by the APC and the Buhari Presidency to compromise the electoral guideline and pave the way for the alteration of the results of the 2019 general election to favour President Buhari.

“We urge Professor Yakubu to note that Nigerians are already aware of the pressure being placed on him by the Buhari-led Presidency and APC seeking to force the commission to drop the display of results at the polling units as well as the electronic transmission of polled figures to INEC server from its guidelines.

“The Buhari-led Presidency is desperate to remove these requirements because the display of results at the polling units ensures that results posted at all levels remain those originally announced at the various polling units, while the electronic transmission to INEC server ensures that the results from the polling centers are not tampered with. PDP also demands that INEC allows both local and international observers to its situation room to ensure that the final figures are not tampered with.

“This demand has become imperative in the face of allegations and public apprehensions that the INEC Chairman is being offered humongous sums of money, running into billions of naira, by agents of the APC and the cabal at the Buhari Presidency to accede to their demands.

“Information at our disposal further reveals that the INEC Chairman has been under pressure from this group said to be coordinated by President Buhari’s blood relation in INEC, who, we are surprised, Prof Yakubu still allows around himself.

Professor Yakubu is now counseled to distance himself from these very dangerous racketeers and the commission from this very dangerous racket, as Nigerians will directly hold him responsible should these two important guidelines that guarantee transparency in the elections suddenly disappear from the INEC manual.” 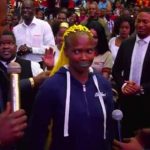