Congolese music legend, Koffi Olomide has been found guilty of raping a 15-year-old girl in France.

Koffi Olomide was on trial in France on charges of sexually assaulting four former dancers who say they were held against their will at a villa outside Paris.

The 62-year-old, a pioneer of the soukous genre that grew out of Congolese rumba, denies the assault charges as well as allegations he helped the dancers enter France illegally and withheld their pay.

The dancers say they were detained by three men at the villa in Asnieres-sur-Seine, northwest of Paris, while Olomide was touring or recording in France from 2002 to 2006, and had their passports and phones taken.

They say that they were forced to have sex with Olomide, who struck them if they tried to resist, in the villa, in the bathroom of a supermarket, and also while in the Democratic Republic of Congo.

The four dancers managed to make a night-time escape from the villa in June 2006, and have not returned to their country since then for fear of reprisals.

The music star was handed a two years suspended jail sentence by a court in France in absentia as he was a no show. According to BBC, what this sentence means is that Koffi Olomide faces an arrest if he commits further offenses.

Koffi Olomide was ordered by the court to pay a fine of 5,000 euros ($5,700; £4,300) in damages to the former dancer. He also ordered to pay the same amount to the court for illegally bringing three women into France.

Olomidé’s lawyer has hailed the ruling as a victory, telling journalists it would result in the withdrawal of the star’s international arrest warrant. 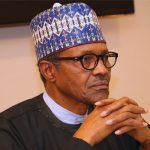