The Independent National Electoral Commission (INEC) has outlined activities and timeline to resolve the electoral logjam in Rivers State.

An INEC spokesperson, Festus Okoye, disclosed this at a press briefing at the commission’s headquarters in Abuja.

According to him, the activities began on March 19 when the commission had engagements with major actors.

This will be followed by an inter-agency meeting between the commission and other relevant agencies on March 29, in Rivers State.

On March 30, the commission said it will have a meeting with critical actors after which the headquarters of the commission will release a guideline for the continuation of the process.

Revalidation of observers, the commission said, will be done simultaneously in Abuja and Rivers State between March 25 and March 31.

From April 2 to April 5, INEC will resume the collation of results in the state.

The commission also said April 13 has been set should there be a need for a supplementary election after which declaration of the final results would be made between April 13 and 15.

The issuance of the certificate of return will be done on April 19.

The collation of the results for the election held on March 9 was suspended due to violence allegedly carried out by soldiers and armed thugs. 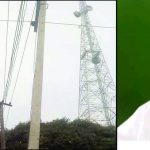 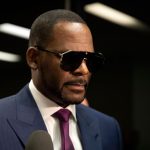