A Thai father who promised £240,000 to the man who marries his daughter has scrapped plans for a tournament where suitors would compete for her hand – after too many applied.

Multi-millionaire farm owner Anont Rotthong, from Chumphon province, southern Thailand, took the matter of his Karnsita’s future into his own hands with his ‘offer’.

But since then, 10,000 men have come forward hoping to marry 26-year-old Karnsita.

Mr Rotthong, 58, who owns a prosperous durian fruit farm, instantly dismissed one of the candidates as being ‘too handsome’, fearing that he would end up breaking his daughter’s heart.

At first, he planned to stage a three-month tournament at his farm in the hope of narrowing down the search.

But after saying he was ‘dying because my phone has been ringing off the hook’, Mr Rotthong decided he would scrap the idea.

However, he has vowed to honour his ‘offer’ to hand the successful suitor the equivalent of £240,000. He said:

‘Interested sons-in-law, please stop calling me. I’m dying because my phone has been ringing off the hook. Let me rest.’

Among them was Premyosapon Khongsai, 28, whose pitch gained 14,000 likes on Facebook.

‘I’m interested. I am 28 years old. My family also grows durian in Trat province. We have over 300 trees … I can weather the sun and the rain. I can drive a 10-wheel truck and tractor. Please consider me, father Anont. Thank you,’ he wrote.

But Mr Rotthong is said to have written him off as being ‘too handsome’ and could end up breaking Karnsita’s heart.

The farmer had earlier highlighted that there are no restrictions on what nationally the successful applicant should be. But his top three requirements are:

His daughter, Karnsita, who helps him run the family business, speaks fluent English and Chinese and is a virgin. 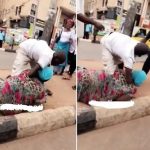 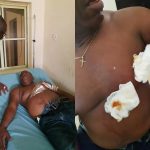