American Rapper, Travis Scott has reportedly deleted his Instagram page just to prove loyalty to his girlfriend, Kylie Jenner and amend the recent rift between them.

Recall that a few days ago we reported that Kylie Jenner had accused Travis Scott of cheating on her after she discovered ‘more than enough evidence’ to prove his infidelity.

According to TMZ, sources close to the couple said Kylie found some ‘too friendly’ messages exchanged between Travis and some women via his DM. This according to her were enough pieces of evidence to nail him for cheating.

To save his relationship, Travis Scott had to delete the Instagram account which got him into trouble in the first place and he’s been ‘lowkey’ trying to make amends with Kylie who pulled the plug off their relationship.

For fans who might be in shock over his decision to delete the Instagram, not to worry because there are indications that his team has everything figured out as the page will be reactivated the moment the tension in his relationship dies down.

But for now, Travis Scott is said to be trying desperately hard to keep his relationship with Kylie Jenner and their daughter, Stormi that he had to give her a shout out during his concert.

However, Kylie is said to be still hurt and has been spending time away from him trying to figure things out. 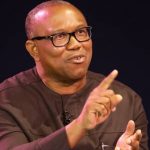