Walt Disney Studio has released the official trailer for one of its animated classics, ‘Aladdin’ that is full feature filled with a thrilling and vibrant live-action, ahead of the release date, May 24, 2019.

The Guy Ritchie directed adaptation in the 2 minutes long trailer has Will Smith playing the role of the Genie as he urges Aladdin to ask for three wishes.

An enthralled Aladdin played by Mena Massoud asked to be made a prince and after his wish was granted, Smith tells him that “You look like a prince on the outside, but I didn’t change anything on the inside.”

Written by John August and Ritchie based on Disney’s ‘Aladdin,’ the Disney film features Will Smith as the Genie; Mena Massoud as Aladdin; Naomi Scott as Jasmine; Marwan Kenzari as Jafar; Navid Negahban as the Sultan; Nasim Pedrad as Dalia and Billy Magnussen as Prince Anders.

‘Aladdin’ tells the exciting tale of the charming street ‘rat’ Aladdin, the courageous and self-determined Princess Jasmine and the Genie who may be the key to their future in the fictitious port city of Agrabah. 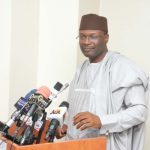 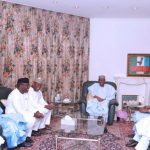