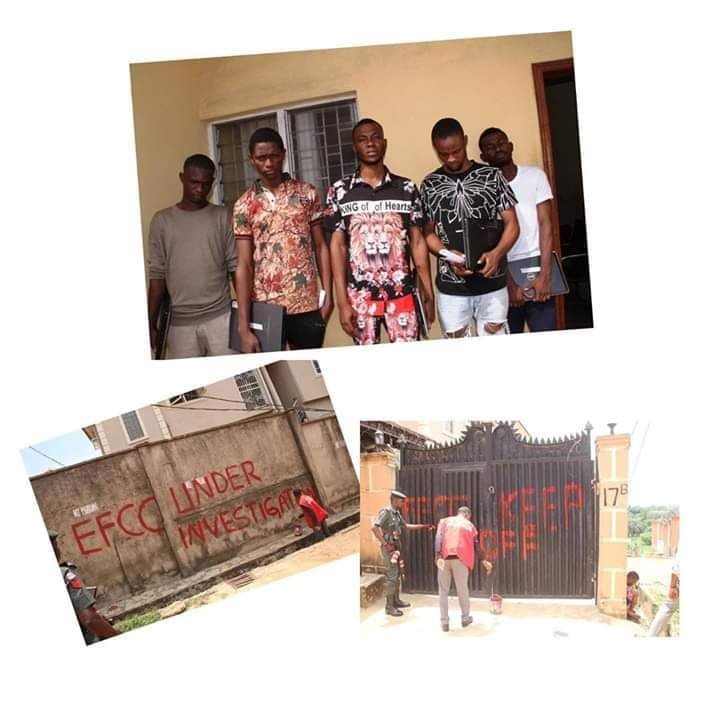 The suspected internet fraudsters were arrested under cover on May 22, 2019, following intelligence reports received by the Commission about their involvement in alleged criminal activities.

Items recovered from the suspects at the point of arrest include nine laptops, 16 mobile phones, an Airtel modem, Orange Wifi and one Toyota Camry. The suspects will soon be charged to court.

Related Topics:crimeEFCCfraudNewsNigerianigeriansPHOTOSPEAKSYahoo boys
Up Next

I am leaving the total sum of 42.5 Billion naira for the incoming government – Rochas Okorocha

Regina Daniel’s father Jude Ojeogwu claims her mother is giving her out in marriage without his knowledge and consent.