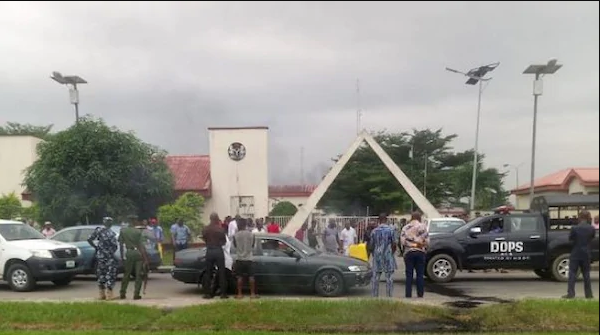 Suspected thugs have beaten up Seidu Oshiomhole, the younger brother of the National Chairman of the All Progressives Congress and lawmaker-elect (Etsako West 11) of the Edo State House of Assembly.

A report from Nigerian Tribune that the attack on Oshiomhole and 14 other lawmakers of the Edo State House of Assembly is the latest in the crisis between the Edo State Governor, Godwin Obaseki, and the National Chairman of the APC.

According to the report, the 15 lawmakers attacked are loyal to the APC national chairman, and they were reportedly not invited to the inauguration of the state assembly on Monday, June 17, where nine members reportedly elected Honourable Frank Okiye as Speaker.

During the violent assault, the elected legislators who vowed to resist the emergence of Okiye, a loyalist of Governor Godwin Obaseki, were severely beaten up by the thugs.

An aide to one of the lawmakers who spoke on the condition of anonymity, said the lawmakers were having a meeting in a hotel in the state capital, Benin when the incident occurred.

Some of the lawmakers who were said to have sustained serious injuries were rushed to the hospital for treatment where they are still recuperating.

A former Deputy Speaker of the Assembly, Victor Tiger Edoror, was said to have led his colleagues to the police headquarters in Benin to report the assault.