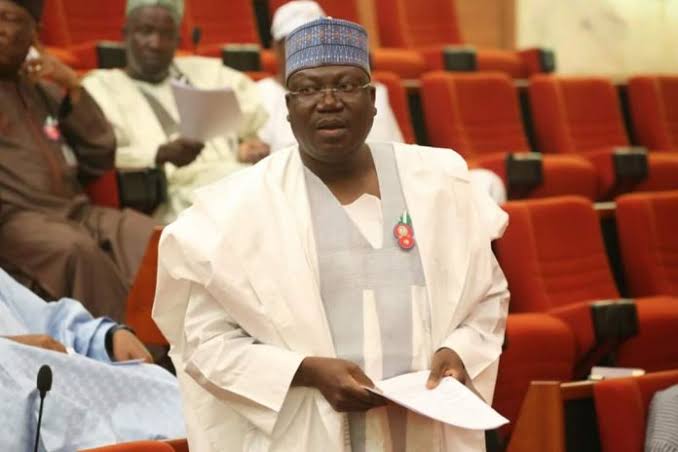 Senate President Ahmed Lawan on Tuesday, July 2, announced the names of the eight principal officers for both the ruling All Progressives Congress (APC) and the minority Peoples Democratic Party (PDP).

In a letter addressed to the Senate President, Ahmad Ibrahim Lawan which was read during plenary after a two-week recess on Tuesday, APC national chairman, Adams Oshiomhole’s said the choice of selection of the rest of principal officers was as a result of extensive consultation with the leadership of the ruling All Progressives Congress.

“I wish to bring to your notice, list of principal officers of the 9th Senate which were agreed by consensus,” he said.

“After extensive consultation by the leadership of the party, I wish to bring to your notice list of the rest of principal officers.”

In the same vein, the opposition Peoples Democratic Party (PDP), in a letter written by its national chairman, Mr. Uche Secondus picked Senator Enyinnaya Abaribe as Minority leader of the Senate.

The Majority Leader and his Minority counterpart consequently addressed the Senate plenary, while they expressed their readiness to work for the success of the 9th Senate.

Lady Arrested For Selling Her Baby N50,000 In Ibadan After Child’s Father Was Deported Back To China