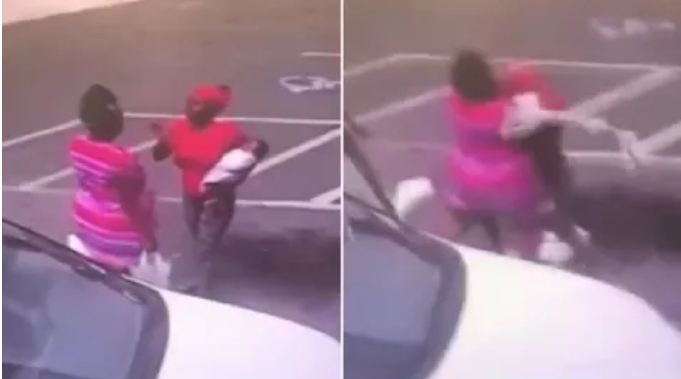 A mother has been charged with murder after allegedly dropping her baby son and killing him during a fight outside a beauty store in the United States.

Karen Lashun Harrison, 26, was allegedly seen squaring up to the other woman while toting her infant in the parking lot of Thomas Beauty Supply in Moultrie, Georgia, on July 19. 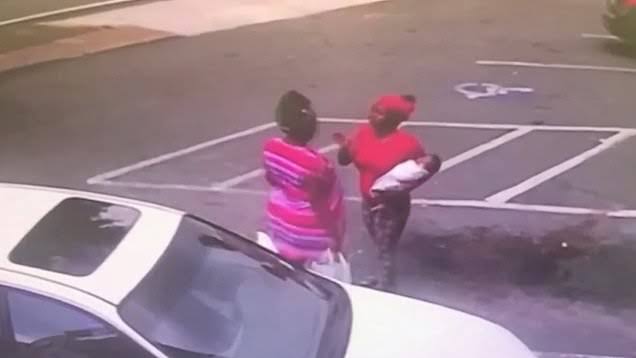 Disturbing surveillance camera footage shows baby fly to the ground as the two women fight, with the brawl continuing even as he lies on the hard surface.

A bystander swoops in to pick up the infant moments later. 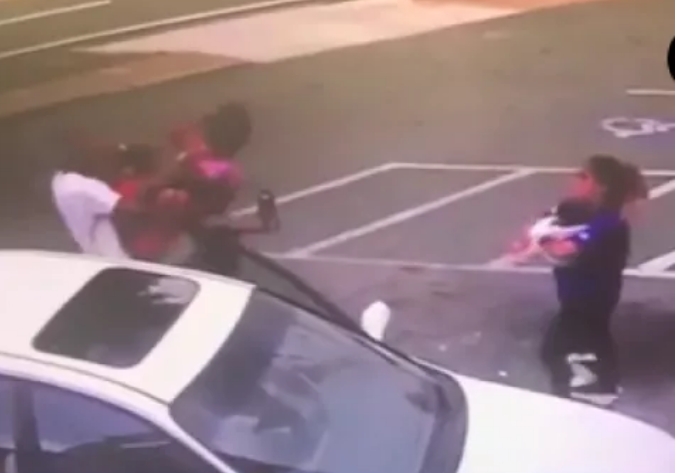 The fight broke up, with both women returning home, WTXL reported.

Police allege Harrison took her baby to the hospital the next day, claiming he’d fallen at home.

The infant, who has not been named, died shortly afterwards.

Officers quickly established that her story was untrue, it is claimed, but were stunned when they discovered how the baby was fatally injured.

‘This is very disturbing, that two adults would fight in public place.

‘Especially while holding a three month old child in her arms.

‘We investigated the incident and determined the baby did not receive his injuries how it was reported.

‘It was reported to us that the baby had fallen from the caregivers arms and received the injuries. Then we got information that there was a fight.’

Another woman called Carneata Clark has been charged with giving false statements, and obstructing an officer in relation to the baby’s death.

She is not the other woman in the fight. That woman has not been named, and is not facing any charges. 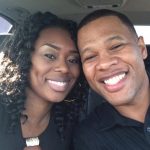 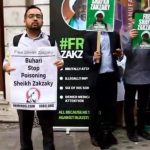