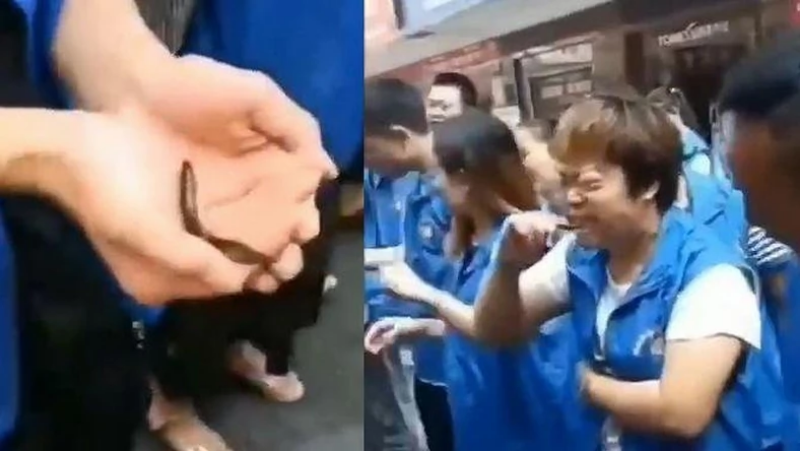 The local labour department of China is reportedly investigating a construction material store in Guizhou, following news about employees eating raw mudfish and drinking chicken blood as punishment for failing to meet their quotas.

A video in circulation shows about 20 workers of construction material super-store being handed raw mudfish by a man who is heard instructing them to “bite it until it breaks”.  The disturbing video also shows a bucket containing chicken blood being handed to some of the workers.

Despite the glaring frown written on the faces of the workers, Chinese newspaper Beijing News reported managers of the company as admitting that the incident indeed happened on August 4, adding that they had failed to meet their sales quotas, hence they “voluntarily” agreed to go through that treatment.