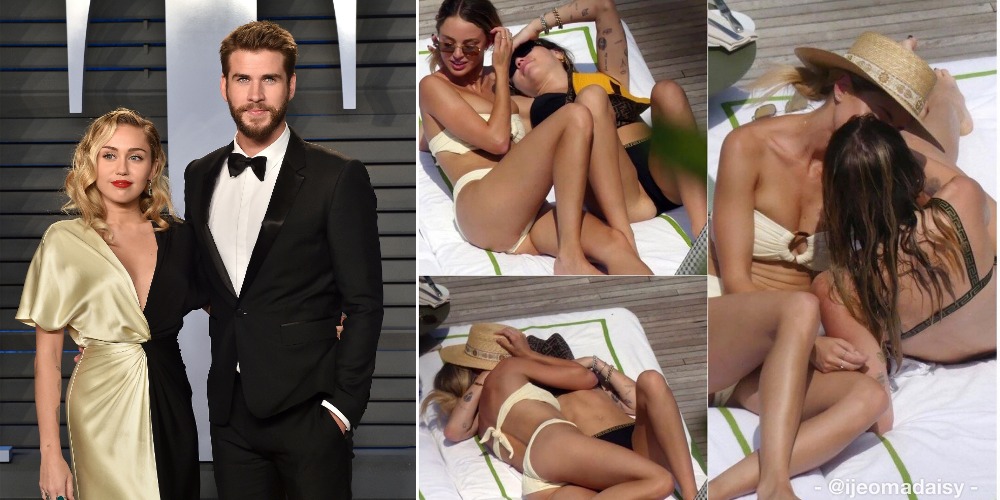 In the photographs, Miley Cyrus, 26, and Kaitlynn Carter, 30, whose separation from Jenner was announced earlier this month, are seen lounging at their Lake Como hotel in Italy, packing on the PDA.

Miley Cyrus told Brody Jenner to “take a nap” and “cool down” after he responded to pictures of her kissing his estranged wife.

Last week, Carter and Jenner announced they had “decided to amicably separate” after reportedly tying the knot in Bali last June. However, a source close to the former couple told ET that the two were never legally married, unlike Cyrus and Hemsworth, who made their love official last December.