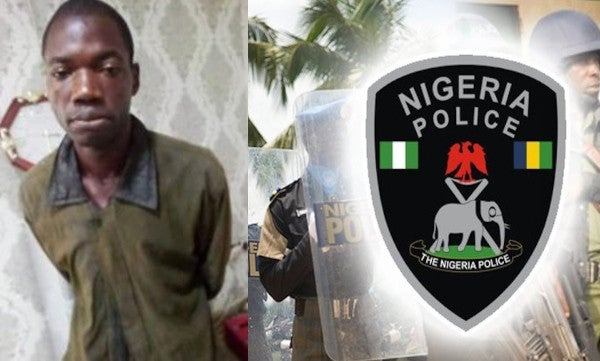 KanyiDaily had reported how a landlady, who is a 39-year-old Tailor and mother of three, was raped and strangled to death by her tenant who fled after committing the nefarious act.

However, after his arrest, Abraham admitted killing Bukola but denied molesting or raping her.

The Command’s police Commissioner, Mr Asuquo Amba, said Abraham was arrested at a church in Akure, Ondo State capital after linking up with the family. He said;

“The suspect after committing the offence ran to Akure. He took refuge in a Church and that was where he was arrested.

“He had immediately called his family and told them why he did not come to their place. He said he had killed somebody in Ado Ekiti.

“We had already done our homework and garnered that her sister is selling chemicals and police detectives had to trick her that they wanted to buy something from her. It was her sister who later led us to where he was”, he said.

Confessing that he actually committed the offence, Abraham said he did it out of provocation. The suspect said the deceased had provoked her over disagreement on house rent with her husband, Mr. Raphael Olanrewaju.

Abraham denied the accusation that he raped her to death. According to him, he only hit the victim in the head with a big stick before tying her hands to make her weak during a fisticuff.

“I called her that day that I wanted to leave the house after paying N23,000 in June and this will last till next year May for one year house rent and I said that the husband needed to refund part of my money to get another apartment, but the woman said that would never happen.

“We started the argument and she started calling me names. She abused me by calling me a stammerer, charlatan and other unpritable names, which angered me. She later held my cloth and I slapped her and pushed her away from me.

“The woman now came with a stick and I overpowered her and collected the stick , which I used to hit her on the head and she fell.

“Upon realising she had died, I became worried and I had to run to a church in Akure for refuge.”

The deceased’s husband, Mr Raphael Olanrewaju, said the disagreement he had with the suspect had been resolved when his family paid a sum of N23,000 house rent, comprising the new and backlog of debt he owed.

“He had misunderstanding with my wife but it was settled. I never knew he had the intention to kill her. He killed my wife around 11am when everybody, including me and my three kids had left home.

“It was my little girl who discovered that she was the one who did it. When police came to search his room, we saw a lot of incriminating goods that suggested that he was an armed robbery. I never knew I was harbouring an armed robber since he came to my house last year .

“All I want is that the law must take its course”, he said. 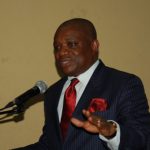