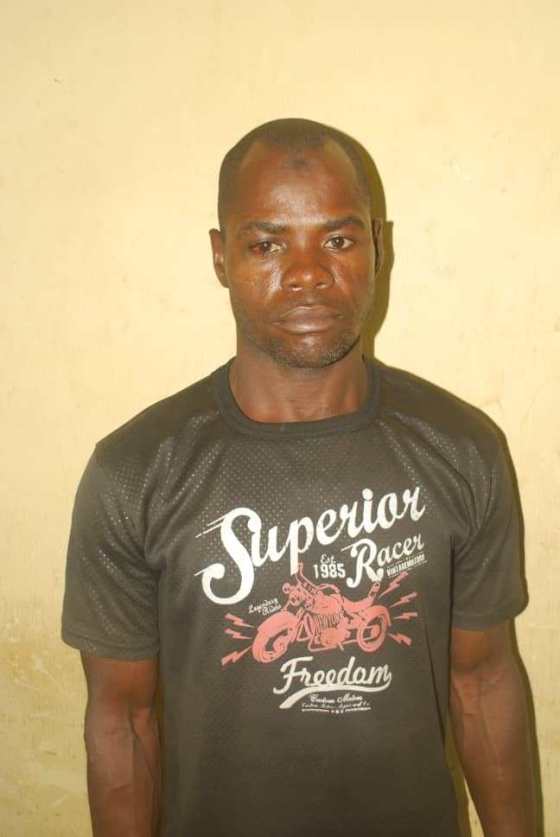 While being paraded before Journalists in Minna, Nura hailed himself for a mission accomplished, saying he had been setting trap for the victim for a long time and that he was happy for the successful mission.

“I have been waiting for a day like this and I am happy that I set traps for her severally and at last, she fell into the trap and I have accomplished the mission to get physical with her. ”

With the accomplished mission, I am ready for the consequence; let the law take its course on me; I am a happy man already,” Nora said during interrogation with investigating officials.

The incident occurred in Mallam Shehu area in the Suleja Local Government Area of the state recently where the suspect was said to have lured the young girl into his room, camped her overnight during which he had forceful and marathon sex with her.

The suspect was said to have locked her in his room and forcefully raped her till the next day and besides not minding whether her guardians will be worried if she failed to return home.

The suspect has also revealed that his victim was bigger than her age; that was the reason “why I had got physical with her not being afraid of anything.” said Nura. He added:

“I had done this with her because I have been waiting for the day like this and I am ready for the consequence, let the law take its course.”

victim’s parents broke the silence after embarking on a frantic and fruitless search for a whole day and ended up reporting the case to the police on August 24, 2019, of the missing girl.

Nura Abdullahi 32-year-old psycho rapists immediately arrested by a team of policemen attached to A Division Suleja following the complaint.

There were many complaints against the suspect on similar cases in the past before Nura caught up by the police officials.

DSP Muhammad Abubakar, Niger State Police Command Spokesman said the suspect has confessed to the crime adding that he will soon be charged to court after investigation must have been completed.