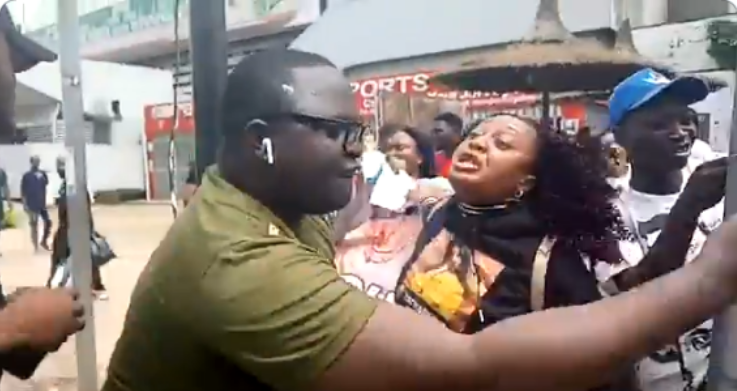 Fans of two Big Brother Naija housemates, Seyi and Tacha clashed on Saturday, as they were campaigning for their preferred candidates at the national stadium in Surulere, Lagos State.

In a video published on BBNaija Twitter handle, the fans could be seen holding banners of their favourite housemates, as well as wearing branded T-Shirts bearing photos and names of the housemates.

One of the fans was heard saying in pidgin English, “Na we get Lagos” (meaning, ‘we own Lagos’) while pointing at a banner of Seyi.

A man could be heard and seen telling a lady to take her Tacha banner away, which resulted led to a brief quarrel.