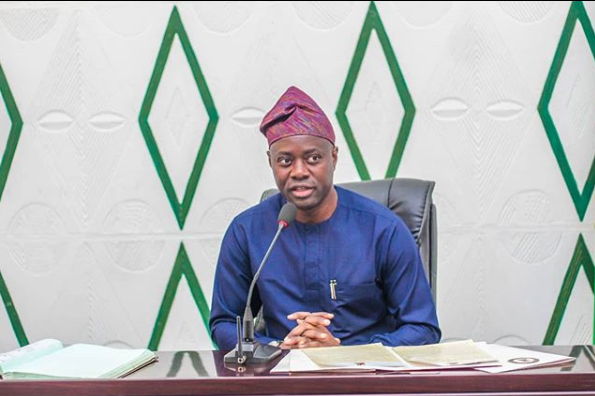 Oyo State governor, Seyi Makinde has disclosed plans by his government to refund N28 Million secondary school levies paid by parents under the immediate past administration in of Abiola Ajimobi.

The governor disclosed this on his official Instagram page, where he also stated that the state will soon finish the renovation of 100 schools and commence the distribution of books.

According to him, work had been completed on 40 out of the 100 public schools being renovated by the state government, while work on the remaining 60 had reached advanced stages.

”At today’s EXCO meeting, we received updates from our Commissioner of Education, Science and Technology, Prof. Daud Shangodoyin on the ongoing renovation of 100 state-owned schools. 40 have been completed, and 60 are at advanced stages of renovation and close to completion,” the statement reads.

”The distribution of exercise books and textbooks to students will commence on Monday, September 16, 2019, when schools resume.

“We are also taking stock of our teachers (Mainstream, NYSC, N-Power and PTA) and the subjects they teach to note the distribution so our intervention will be adequately targeted. The issue of running costs of schools is being addressed.

”We are in the process of refunding N28 Million to parents and guardians who paid for forms and other expenses in state-owned secondary schools under the previous administration. The Ministry of Education, Science and Technology website has been updated to include helplines so citizens can get in touch about governance issues on education.

”Our Commissioner for Environment and Natural Resources, Honourable Kehinde Ayoola, gave us an update on the steps being taken to expand our forest reserves, and Oyo State’s bid to access the United Nations’ Reducing Emission from Deforestation and Degradation (REDD PLUS) Grant”.